"For Months a 14 Year Old Boy Was Repeatedly Raped and Sodomized..." 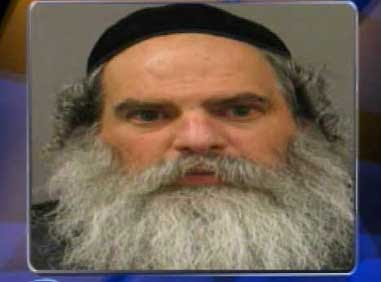 http://abclocal.go.com/wabc/story?section=news/local/northern_suburbs&id=8403362
CLICK ON ABOVE LINK TO WATCH THE EYEWITNESS VIDEO:

SPRING VALLEY (WABC) -- A self-proclaimed rabbi in Spring Valley was arrested last week on charges of molesting a teenage boy from Monsey.

Police say they received a report that a 14-year-old boy had been sexually abused.

Moishe Turner, 58, was taken into custody and charged with seven counts of felony second-degree criminal sex act and one count of endangering the welfare of a child.

People at the synagogue in Monsey say Turner used to attend services there but was asked to leave because of similar allegations some years ago, allegations that did not result in criminal charges.

In the case that resulted in charges, the parents of the victim went to the police. There are conflicting reports about whether Turner is a rabbi. He apparently refers to himself that way professionally, but the community is divided on the issue.

This investigation is ongoing and more charges are expected. Police believe that more victims are out there. Anyone who may have any information is asked to contact the Ramapo Police Investigations Division.

Turner was remanded to the Rockland County Jail in lieu of $75,000.

The name of the victim is being withheld to protect his identity.
Posted by Paul Mendlowitz at Tuesday, October 25, 2011 15 comments: