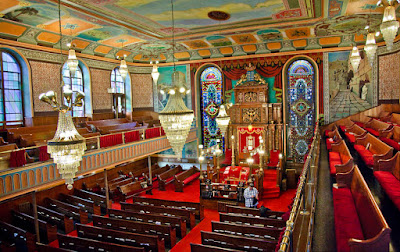 Houses of worship and a person’s experience of their faith should be free of sexual abuse.

Shockingly, when victims of child sex abuse by religious leaders and other perpetrators come forward to seek justice and stop abusers from causing more harm, they are blocked by current New York State law. New York ranks among the very worst in the nation -- alongside Alabama, Michigan and Mississippi -- for how the courts and criminal justice system treat survivors of child sex abuse.

Mental health experts know it can take decades for a victim of this abuse to overcome the fear, shame, and trauma to be able to come forward to confront their abuser, but our current law allows survivors of abuse to pursue criminal or civil justice only until the age of 23 -- a statute of limitations of, in some cases, only five years.

A bill called the Child Victims Act can change that at the upcoming session. It will extend or eliminate the statute of limitations so victims come forward and perpetrators can be prosecuted, helping victims get justice and taking unknown abusers off the streets. April and May are critical months for clergy to demand that officials introduce and vote for the bill.

Add your name to demand action here
Right now, many Republican members of the New York legislature are opposing the bill. Some religious institutions are pressuring legislators to reject the bill because it could mean holding them accountable. Religious groups and others are threatening to thwart the re-election of members if they pass the bill.

Clergy for Child Victims is mobilizing faith leaders to sign this petition to the governor letting the governor, state assembly, and state senate know that we stand behind the governor's support of the bill. On May 9, a group of clergy will make a lobbying trip to Albany to try and get new legislation passed before budget negotiations start.

New York State's laws protecting survivors of child sex abuse are broken. The New York State Legislature must eliminate the Statute of Limitations for child victims of sex abuse, enable those who were denied justice the chance to pursue it, and thereby help get abusers off the streets.

Why is this important?

Jennie's life changed when her coach began molesting her at age 15, trauma that has impacted every area of her life. But like so many victims of child sex abuse, it wasn’t until many years later, when she was 25, that she understood what had happened to her. Under New York State law, the window for pursuing legal action for child sex abuse is only 5 years after one turns 18. Not only can Jennie not pursue justice; her abuser remains on the streets.


New York State ranks alongside Alabama, Michigan and Mississippi, as among the worst states in the U.S. in how its courts and criminal justice system treat survivors of child sex abuse.


Shockingly, victims brave enough to come forward to seek justice and stop abusers from causing more harm, are blocked by New York State law because current state law allows survivors to pursue criminal or civil justice for a maximum of just five years after they turn age 18. But mental health experts know it can take decades for a victim of child sexual abuse to overcome the fear, shame, and trauma before they are able to come forward to confront their abuser. Perpetrators can continue to abuse if not stopped.


Many of us faith leaders have seen the wounds caused by sexual predators; wounds whose pain cannot be overstated, wounds that may never be fully healed. We also painfully acknowledge that rather than being a source of healing for victims of child sexual abuse, religious institutions have too often been a part of the problem. It's now time to be a part of the solution.


Please join us in urging New York to join states like California, Delaware, Minnesota, Hawaii, Illinois and Florida that have recently passed legislation extending or eliminating the statute of limitations and creating windows for survivors to come forward. This legislation will no doubt bring justice and importantly, prevent further abuse. When similar legislation was passed in California, over 300 previously unknown abusers were identified.


Reforming NY State’s Statute of Limitations makes all our children safer and we urge you to join us today as we prepare to take this issue to Albany.

How it will be delivered

Right now legislators in Albany are debating the 2017 Child Victim's Act which will repeal the Statute of Limitations for civil and criminal cases and create an opportunity for victims who were denied justice to pursue it. We urge you to sign our petition today. We will deliver the signatures to the Governor, State Assembly and State Senate to encourage them to pass the Child Victim's Act.

Dear Friends,
I just signed the campaign: New York State Must Stop Failing Victims of Child Sex Abuse
It would mean the world to me if you could also add your name. Each of us can help build the momentum we need to bring about a more just world.
Will you join me by taking action on this campaign?
http://action.groundswell-mvmt.org/petitions/tell-the-new-york-state-legislature-to-stand-up-for-victims-of-child-sex-abuse
After you've signed the petition please also take a moment to share it with others. It's super easy – all you need to do is forward this email.
Thank you!
Paul