Executive board members of Yeshiva Torah Temimah attempting to restrain Lipa Margulies at a smorgasboard at a recent Jewish wedding: 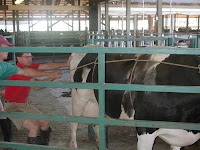 Lipa Margulies - Principal Of Yeshiva Torah Temimah and member of Agudath Israel giving the crowd his "I'm not a crook" speech: 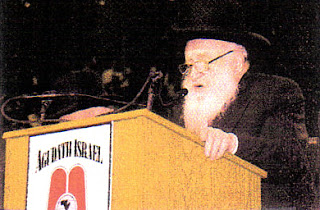 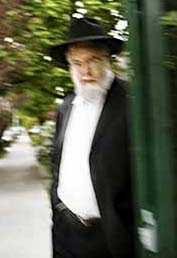 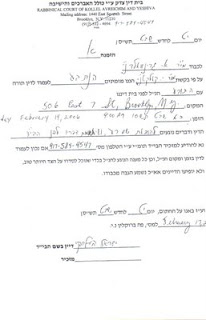 Rumors about Kolko's deeds were know throughout the Yeshiva world, people laughed about the "Kolko - Cocoa club" - everyone knew.

Right now there are hundreds of Kolko victims suffering because of this ongoing "Silence of the Rabbis". In some cases victims never ever told their parents - and they are suffering.

Others have been brainwashed to think that it never happened to them, or that they shouldn't ever speak about it for whatever reason - and they are suffering.

These victims are all suffering.

And these victims are all mixed up.

These victims, these poor neshomos, need help. Their stories must come out. Their horrors must be told.

Parents, brothers, sisters - if your dear child or sibling was sick - you'd run to every doctor to get him help. If they, Chas Ve'Shalom, had a serious disease, you'd spend whatever monies you'd have to get him help.

These victims are all sick. Very sick. They are all sufferring - sufferring emotionally and mentally because of this terrible disease that they unfortunately were exposed to. They need help.

So what are you waiting for?!!!

Firstly - contact the Special Victims Unit of the NYPD and tell them that your son was infected by Kolko - a serial molester - who has caused your child to be very sick.

Secondly, contact a good lawyer, and sue the pants off Kolko. He had a moral, legal and ethical responsibility to protect your child and instead he infected your child with a disease that will affect your child for the rest of his life. For that he should and has to pay.

For this they must pay. They all must pay. Everyone who knew, even if it were only rumors, but they did absolutely nothing, did not ask, did not investigate, did not inform the proper authorities, they must all pay.

These children, these young men - they all need help - long term psychological and emotional help.

Someone has to pay for Kolko's crimes against humanity.

Every time I watch the short trailer for the film "Narrow Bridge", which is based on the Kolko story, I start shaking and crying. Similarly, I dread entering the halls of YTT where all these countless atrocities were committed.

I am baffled how loving and caring parents can continue to send their children to this Den of Horrors? How is this place still operating after all of these revelations? L'MAAN HASHEM, SHUT IT DOWN ALREADY!!!! After the churban, young Jewish boys being led into exile by the enemy, would throw themselves off the boats rather than allow themselves to be subjected to such horrors. Today we have parents who willingly and knowingly sacrifice their children to the Molech.

They can rationalize all they want by saying that they didn't know before, and now that Kolko is gone, the place is safe. I compare YTT to Abu Ghraib prison. Last year, the US military shut down Abu Ghraib after the revelations of prisoner abuse. They reasoned that a place where such atrocities (Arab prisoners on a leash, oh my)occurred should be shut down. This was after the perpetrators were caught. Al achas kamma vekamma, we should padlock 555 Ocean Parkway! Al achas kamma vekamma, Lipa Margulies should be put out of the chinuch business and locked up together with Kolko.

The irony of this all is that Yudi Kolko can be hired as a rebbe tomorrow. There is no sex offender registry, no background check requirements, and there is no ban against him. Avrohom Fried and Yaakov Shewekwy have been placed in cherem for performing in front of men and women (seated separately). They can no longer perform,in Jerusalem at least, nor serve as cantors. There is no such ban against Yudi Kolko. Nor is there a ban against Avrohom Mondrowitz who is currently employed as a professor in Jerusalem. This is Daas Torah? OLAM HAFUCH!!!!

It's not too late for these parents to come to their senses and pull their kids out of that hell hole. There are several top yeshivos that will gladly take your children. Stop feeding them to the Molech of Lipa Margulies. Think of those boys who threw themselves off the boats, then think of Kolko's victims. If that's not enough, please watch the trailer of "Narrow Bridge" at narrowbridgefilm.com. If that doesn't move you to act, then nothing will.

The new indictment is a horrifying reminder of the ongoing danger to children of denial and delay in responding to accusations of sexual abuse. Recently on this blog defenders of the Charedi world have pointed out the flaws of the modern Orthodox. They are correct that the scandal of protecting sexual abusers is a broad phenomenon in the Jewish and non-Jewish communities. This does not reduce the responsibility of the rabbinical leadership within a particular group to protect potential victims. An admission of failure in the past is a necessary step in honestly dealing with this problem. When such acknowledgment is viewed as an attack on "emunas chachamim" the vulnerable will remain at risk.