‘Kinderguardians’ --- “Today we’re going to teach you how you can stop these naughty men and have them take a long nap,” Cleave says as Baron Cohen’s character introduces “Puppy Pistol”. 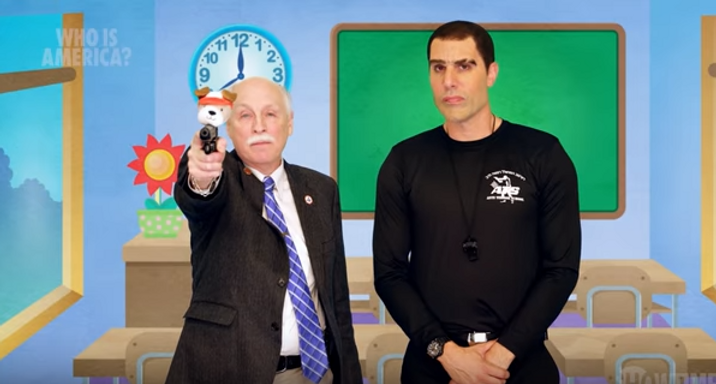 In the first episode of his provocative new show “Who Is America”, British comedian Sacha Baron Cohen poses as a macho Israeli commando and gets US Congressmen to endorse a fake gun training program for children as young as three.

The satirical seven-episode series, which premiered Sunday on Showtime, sees Cohen adopt different personas to interview unsuspecting public figures in a caricature of the American political and cultural climate in the era of Donald Trump.

In a preview of the series’ first episode, Sacha Baron Cohen disguises himself as boorish Israeli commando shopping a fictitious Israeli gun training program for toddlers called ‘Kinderguardians’ -- a caustic parody of Trump’s call to arm teachers in response to an epidemic of school shootings in the country.

“Today we’re going to teach you how you can stop these naughty men and have them take a long nap,” Cleave says as Baron Cohen’s character introduces “Puppy Pistol”.

"Just remember to point Puppy Pistol's mouth right at the middle of the bad man," Cleave says. "If he has a big fat tummy, point it there!"

Pratt, apparently reading from a pre-prepared script, touts the “proven science” behind the program oblivious to the fact that it is peppered with nonsensical pop culture references.

“Children under five also have elevated levels of the pheromone Blink-182 produced by the part of the liver known as the Rita Ora. This allows nerve reflexes to travel along the Cardi B pathway to the Wiz Khalifa 40 percent faster saving time and saving lives,” Pratt says.

Asked to comment on his appearance in the video, a representative for Congressman Dana Rohrbacher claimed in a statement to i24NEWS that "[Baron] Cohen's people apparently used footage from an interview the Congressman submitted to earlier this year for a bogus Israeli television company supposedly celebrating the country's 70th anniversary."

"In the interview I spoke broadly of training young people at a responsible age in self-defense. At no time did I endorse training toddlers in handling guns," a statement from the Rohrbacher said.
"I love good satire, but good satire must reveal some basis in truth. This was fraud, a sick fraud," the Congressman added.

A press person for Congressman Joe Wilson referred i24NEWS to a story in a South Carolina newspaper in which Wilson is quoted as saying that "public officials of both parties, like everyone, can be the target of practical jokes." 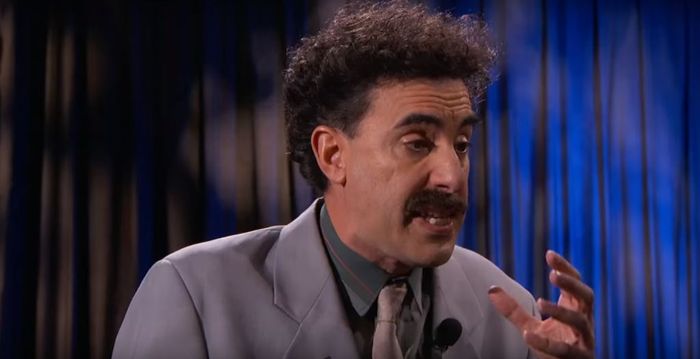 
Walsh told CNN on Saturday that he was tricked into reading the words off a teleprompter, and that he had also been asked to read lines promoting other supposed Israeli ideas, including arming four-year-olds to defend themselves against terrorists.

“I’ll probably laugh at myself” Walsh told CNN, brushing off his appearance on the show. “He’s a funny guy because he gets people to say stupid things.”

“This is America” is Baron Cohen’s first new television venture in nearly a decade.

Former vice presidential nominee and ex-Alaska governor Sarah Palin will also feature in the series, admitting on Wednesday she was duped into an interview with Baron Cohen who was disguised as a disabled US veteran.

Palin said she ultimately walked out of the interview and slammed what she called the Cambridge-educated comedian's "foreign commentaries" that disrespected the US military and middle-class Americans.

He followed a similar format with hit movie characters that include bumbling Kazakh reporter Borat and gay Austrian fashionista Bruno.