Israel must attack to remove those nukes before it’s too late! 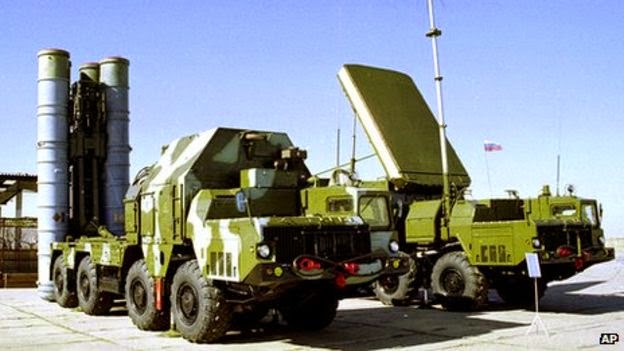 Soon it will be too late, if it is not too late already...

► More from this writer

The Obama Doctrine – scorn your friends, reward your enemies – has finally reaped the whirlwind, namely Russia and its pledge to provide Iran with an array of the most advanced “defensive” missiles on earth. This leaves Israel with no choice except to act BEFORE those missiles are deployed.

Israel must attack to remove those nukes before it’s too late.

If it was difficult to successfully strike Iran’s nuclear facilities today, tomorrow will be near impossible. So the scientific experts tell us.

The S-300 Surface-to-Air Missile System would provide Iran with an impenetrable shield.

It’s been explained that the S-300 Surface-to-Air Missile System would provide Iran with an impenetrable shield.

If anything, Russia’s move has clarified the situation. Israel’s duty to defend itself has never been more urgent and an attack scaled to wipe out Iran’s nuclear emplacements would likewise be a favor to any number of Sunni states that tremble from Iran’s Shiite encroachments throughout the Arab world.

Read this for one newsman’s heroic efforts to stop a worldwide caliphate, reminding readers that “The Koran Has Arrived And It Has Come To Devour The Bible.”

Jordan’s King Abdullah II told Fox News’ Bret Baier that somebody better do something, quick, seeing Iran on the prowl throughout the Middle East and beyond:  “You’ve got to connect all these dots together.

All these issues are areas of instability,” declared Abdullah in connection to Iran’s heavy footprints throughout the region.

He cited Iraq, Lebanon, Syria, Yemen, Afghanistan and Pakistan and his own country as being at risk.

Abdullah did not directly call for help from the United States or Israel, but the hint was unmistakable.

On seeking a deal to stop or stall Iran’s nuclear program, America’s infantile negotiators, led by John Kerry were no match for the ayatollahs. These were children bargaining with grown men. The ayatollahs trifled with Obama’s “best and brightest” during the negotiations and scorned them as laughable losers after the negotiations.

The result was no deal at all. Iran gets to keep arming itself with no one to stop it from growing bolder.

Certainly the United States, under Obama, cannot be counted on to come to the rescue. Thus, a vacuum waiting to be filled.

Enter Vladimir Putin, who saw the perfect opening, an opening he’s been waiting for along the decades to replace America as the dominant world power in the Middle East. He can’t be blamed. Russia does what Russia does because it is Russia. But the United States has no excuse for being so lame.

Putin and the ayatollahs must be dancing at finding Obama and Kerry so easily duped,

Israel’s Prime Minister Benjamin Netanyahu phoned Putin to voice his displeasure. Apparently Netanyahu was assured that these missiles for Iran are weapons meant only for defense – which is terrible enough since the system could destroy (Israeli) jets trying to strike Iran’s nuclear facilities.

But as noted in a recent column here, during the Cuban Missile Crisis Putin’s ancestor Nikita Khrushchev gave similar assurances to John F. Kennedy. No worries. Those missiles are only defensive. Until it turned out differently and the United States was ready to go to war – world war! – to get those Soviet arms removed from Cuba, be they defensive or offensive or both.

Israel finds itself in the same perilous spot as regards Iran. There is no choice but to take action now.