The Long List of Perverts In Girls Seminaries: And There Are So Many.... Here's Another One! 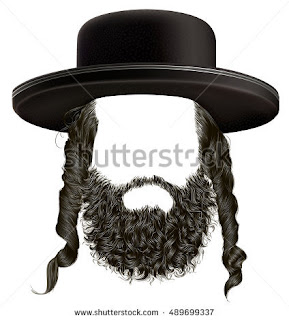 A man is brought to the Jerusalem Magistrate's Court for suspicion of sexually assaulting dozens of women he employed, June 12, 2017

A Jerusalem business owner now working at a girl’s seminary was arrested Sunday on suspicion of raping dozens of ultra-Orthodox women he employed.

Police launched an undercover investigation into the suspect last month following a tip-off by a nonprofit organization that works with rape victims that had received numerous sexual assault complaints by the female employees of the 30-year-old advertising manager.

On Monday, the Jerusalem Magistrate’s Court approved a police request to search the suspect’s home and office. The judge ordered the suspect’s name not be released out of consideration for his victims.
A statement from police spokeswoman Luba Samri on Monday said an initial investigation revealed the suspect carefully groomed each of his victims prior to assaulting them. He promised certain women and girls help in advancing their careers and lavished them with attention.

After he established a level of trust with his victims, the suspect routinely assaulted and raped his victims in the office bathroom of his advertising agency in Jerusalem. Police said he would also send certain employees home from work early when he knew they would be alone and then come over and assault them in their homes.

According to the statement, the assaults also included extortion and threats. The suspect coerced his victims — most of whom are religiously observant — into silence by threatening to expose the sexual nature of their relationship to their husbands and rabbis in their community.

The police statement said the man left the PR firm and now works at a religious seminary for girls in central Israel.

He was arrested on Sunday and brought to the Oz police station near the East Jerusalem neighborhood of Jabel Mukaber for questioning.

He was ordered held in custody until June 18.

Police said the investigation is ongoing, and have urged other women assaulted by the suspect to file a complaint with Jerusalem police.