It has been recently reported in Newsweek and NY Daily News that Agudath Israel has teamed up with the Catholic Church, an institution infamous for covering up child sexual abuse, to aggressively lobby against the passage of the Markey Bill on numerous occasions over the last decade.... 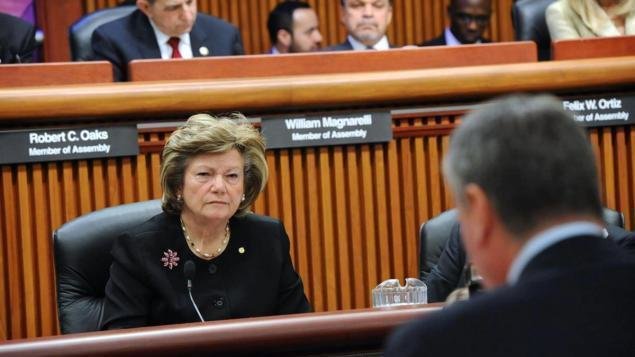 To the Rabbinic Yeshiva Owners of Agudath Israel:

We  join in writing to you regarding the Child Victims Act and to express our grave concerns for child safety given Agudath Israel's past and current dangerous actions.

The Child Victims Act, also known as the Markey Bill, sponsored by Assemblywoman Margaret Markey (D-Queens) seeks to eliminate time limits in criminal and civil cases of child sexual abuse.
New York's archaic statute of limitations sharply limits the time victims have to bring charges against a molester. A victim must come forward within five years after the age of 18 to bring criminal or civil charges against their abuser or any agency or organization that should have reported the crime.

Given the emotional and psychological devastation that victims of child sexual abuse endure they are often slow to come to grips with their past. Some are unable to do so until middle age or even later in life but certainly not before the age of 23. Furthermore, in our religious communities, this critical age (18-23) is a time when young people are seeking a suitable spouse (shiduchim) creating an especially vulnerable situation where victims of abuse may be reticent to come forward with charges regarding the abuse suffered. Thusly, New York's current statute of limitations supported by Agudath Israel protects predators and those who shield them, while often denying justice to their victims.

The passage of the Child Victims Act is not only essential for the healing of past victims; it is crucial in ensuring the safety of other children. Many studies indicate that sex offenders will victimize on average over 100 individuals over the course of their lives. This bill intends to suppress this frightening statistic and prevent further harm from being perpetrated towards new victims.

It has been recently reported in Newsweek and NY Daily News that Agudath Israel has teamed up with the Catholic Church, an institution infamous for covering up child sexual abuse, to aggressively lobby against the passage of the Markey Bill on numerous occasions over the last decade.

Furthermore, this April the NY Daily News reported that Agudath Israel is currently opposed to any civil or criminal changes in the law in NY, fearing a flood of lawsuits. A sexual abuse insurance policy can be purchased by institutions to aid against any lawsuits that may arise. However, it ought to be of prime importance to support the victims rather than the perpetrators of heinous crimes.

Currently, the Child Victims Act being considered is comprised of two separate bills - one eliminating statute of limitations for criminal cases and one addressing civil cases. We urge you to support passage of the Markey Bill in its entirety or at least the passage of the criminal bill. If these steps require moral courage not yet gained, at the very least cease from lobbying against this Act that can prevent child sexual abuse and save countless precious lives.

In closing, in line with the Torah's commandment in Leviticus 19:16, admonishing Jews to “not stand by while your neighbor’s blood is being shed,” we respectfully urge you to do all in your power to deter abusers and prevent harm from being perpetrated towards our children.


SIGN THE PETITION AND EMAIL IT TO YOUR FRIENDS: EXPOSE THE CRIMINALS FOR WHAT THEY ARE!
https://www.change.org/p/rabbi-david-zwiebel-agudath-israel-stop-blocking-passage-of-child-victims-act?recruiter=7640571&utm_source=share_petition&utm_medium=facebook&utm_campaign=share_facebook_responsive&utm_term=des-lg-no_src-custom_msg&fb_ref=Default
Posted by Paul Mendlowitz at Monday, May 09, 2016 5 comments: