How Orthodox Judaism Rewrites Its History

Changing the Immutable: How Orthodox Judaism Rewrites Its History

Changing the Immutable: How Orthodox Judaism Rewrites Its History
Marc B. Shapiro

I am happy to announce that my new book is now with the printer and should be at the distributor by May 4. Amazon and book stores will have the book not long after that. Changing the Immutable has taken quite a long time and I hope readers find that it was worth the wait. One of the main reasons it has taken so long is that some of my time in recent years has been devoted to my posts on the Seforim Blog. When I first started posting here I saw it merely as a pleasant diversion. However, I now see my Seforim Blog posts as an important part of my scholarly writing.  Throughout Changing the Immutable I reference not only my posts but many others that appeared on the Seforim Blog.

I am making this announcement now rather than after the book appears because Amazon is offering a pre-order discount (link). For those who want to wait, I know that Biegeleisen will be selling it at a very good price.

Changing the Immutable focuses on how segments of Judaism's Orthodox society have taken it upon themselves to rewrite the past by covering up and literally cutting out that which does not fit their own world view.

For reasons ranging from theological considerations to internal religious politics to changing religious standards, such Jewish self-censorship abounds, and author Marc B. Shapiro discusses examples from each category. His analysis is illustrated by a number of images of the original texts next to their censored versions, together with an explanation of what made them problematic and how the issue was resolved. Shapiro considers the concepts of history that underlie such changes, looking at how some Orthodox historiography sees truth as entirely instrumental.

Drawing on the words of leading rabbis, particularly from the haredi world, he shows that what is important here is not historical truth, but a truth that leads to observance and faith in the Sages. He concludes with a discussion of the concept of truth in the Jewish tradition, and when this truth can be altered. Changing the Immutable also reflects on the paradox of a society that regards itself as traditional, but, at the same time, is uncomfortable with some of the inherited tradition, and thus feels the need to create an idealized view of the past.

Shapiro considers this in context, detailing precedents in Jewish history dating back to talmudic times. Since the objects of censorship have included such figures as Maimonides, Bahya ibn Pakuda, Rashi, Naphtali Herz Wessely, Moses Mendelssohn, the Hatam Sofer, Samson Raphael Hirsch, A. I. Kook, the Lubavitcher Rebbe, and J. B. Soloveitchik, as well as issues such as Zionism, biblical interpretation, and attitudes to women and non-Jews, Shapiro's book also serves as a study in Jewish intellectual history and how the ideas of one era do not always find favor with later generations. 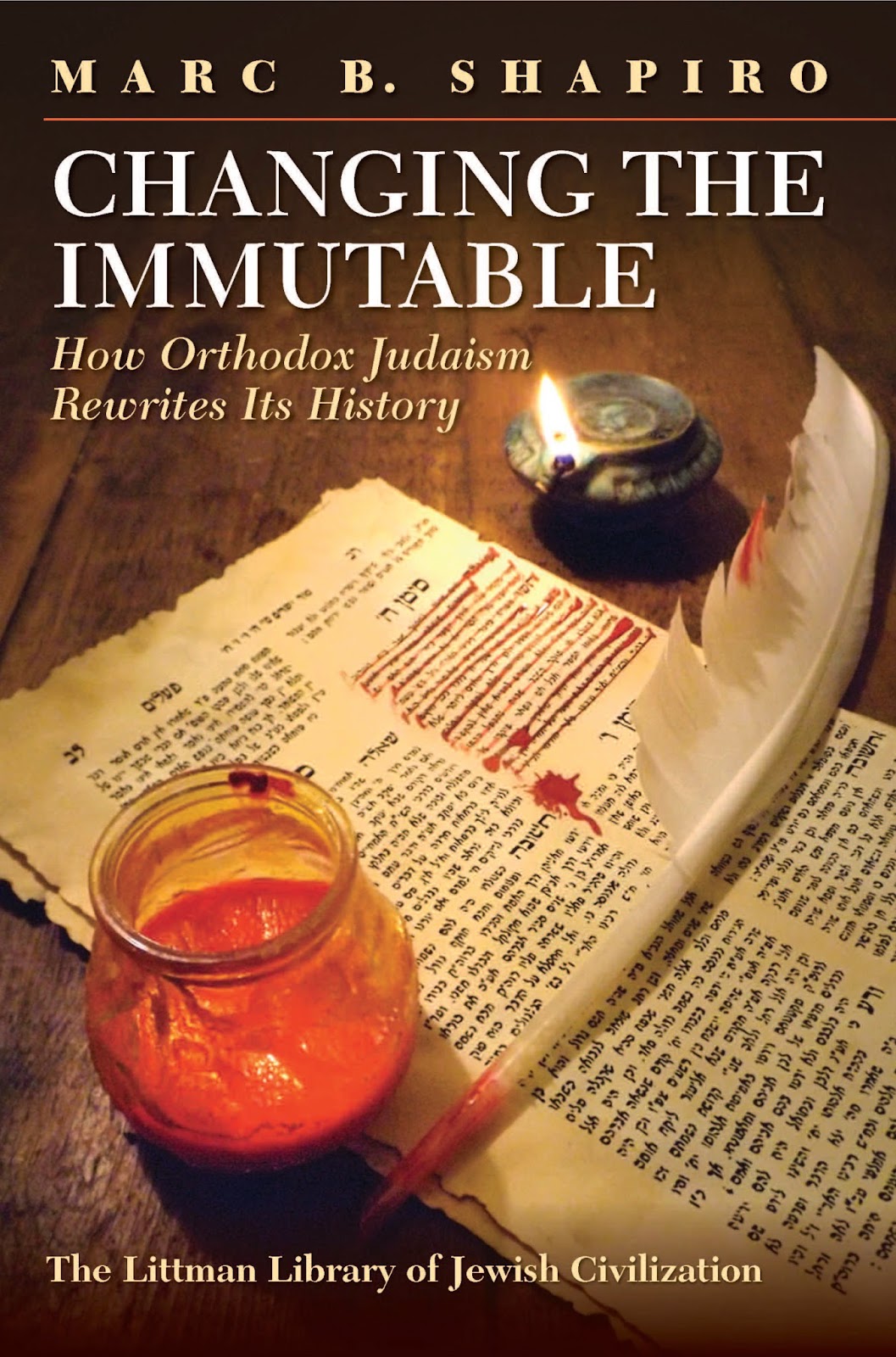