He Calls Him "Glatt"!


I pray that with this publication, peace and closure to the victims of the alleged child molester referred to as "Glatt", is attained to some degree while they are still alive. To the alleged victims that have passed on, may their souls live on with the tranquility knowing that anyone that perpetrates such a heinous act against a child, will be exposed whether they are alive or dead! 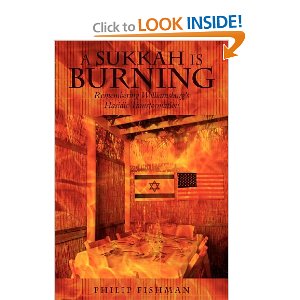 Excerpts - Page 118 - 120 -- " One Sabbath Afternoon when I was eleven years old I was standing alone at the top of  the steps of the entrance at the Agudah building on Bedford Avenue... Glatt (not his real name), a charismatic leader of the Agudah, came up the steps. Catching me by surprise, this middle aged man seized my arms and pinned my body against the door post. I saw and felt his knee massaging my groin. For a few seconds I was paralyzed with shock and fear. I still vividly remember Glatt's crazed ecstatic look on his face only a few inches away from mine. But despite my innocence I realized that I had become a victim of a  perverted sexual act. What was amazing to me was that the perpetrator was a pious family man and (a) highly respected leader of the Agudah in America. Almost a few weeks later an almost identical encounter occurred when Glatt ambushed me again in an unguarded moment when I was alone in the hallway of the Agudah. Again his face took on that unforgettable crazed look. A few years ago my close boyhood friend Heshy Nagel, who was also a member of the Pirchei Agudah, reminded me about one boy who came forward and disclosed that he too had nearly identical experiences with Glatt, but had been too ashamed to admit it to anyone.  It is possible that Glatt intentionally directed his sexual depredations to two boys that he assessed as vulnerable since we both lacked parental protection...But the look on his face as he violated me was that of a crazed man in the grip of uncontrollable passions...My two brief encounters with Glatt took place in the early 1950s, and probably left no lasting effect on my emotional well being. As an adult looking back, the lesson I have learned is that even the most promising and seemingly saintly religious and community leaders -- especially if they were like Glatt, charismatic personalities -- could be driven by dark and uncontrollable sexual urges. Had he been my teacher and had the opportunity to abuse me on a regular basis, I am sure the impact on me would have been traumatic."

Philip Fishman grew up in the Brooklyn Jewish neighborhood of Williamsburg during the 1950s, when the community experienced a large influx of Hasidic Jewish refugees from Eastern Europe and the area evolved from a multi-ethnic Jewishly heterodox community similar to Jewish neighborhoods in other parts of New York City into a tightly knit re-invention of an ultra-pious East European shtetl. The culture and values of the new arrivals often conflicted sharply with the older community. The fault lines of this kulturkampf were the context of his childhood-and these memoirs vividly describe the personal, familial, and communal tensions associated with this social transformation. Williamsburg's metamorphosis into an exclusively haredi enclave was the first of its kind in the United States, but this neighborhood's profound makeover, with the associated community discord, was soon echoed in many other American locales and is occurring in many Israeli communities. The post-war transformation of Williamsburg foreshadowed a dramatic and ongoing transformation of American Orthodoxy and-more broadly- American Jewish life in the 21st century.

Philip Fishman was a professor of statistics and computer science at the Washington University School of Medicine and a scientist at the Massachusetts Institute of Technology Lincoln Laboratory and the MITRE Corporation. He has published numerous papers in scientific journals on information and communication theory and quantitative genetics. Dr. Fishman now devotes his time to Judaic, historical, and scientific study and to writing. He and his wife, Sylvia Barack Fishman, professor of contemporary Jewish life at Brandeis University, live in Newton, Massachusetts.

"This book is a gem. Dr. Fishman has exquisitely woven together his personal history growing up in Williamsburg (Brooklyn) from the early forties through the early sixties with astute observations of how the neighborhood transformed over time from a Jewishly pluralistic and tolerant community into a narrow minded often fanatical and xenophobic community dominated by various Hasidic sects most of which consisted of refugees from the Holocaust. Fishman's memory of details of his childhood experiences and feelings, and his reflections on various characters on the Williamsburg stage is impressive and makes for engrossing reading. Although Fishman has many positive memories of Hasidic piety and music, and of Hasidim with strong ethical values, he devotes several chapters to the sordid side of the ultra orthodox and Hasidim, including a chapter on sexual perversity. This book is an essential read for anyone interested in the history of New York's Jews, especially those of Williamsburg which was a major center of Jewish life for many decades".