In our sample of 372 Jewish adult men and women from the United States and Canada, we found a three-fold incidence of rape (involuntary penetration) among individuals who were raised Orthodox but no longer affiliate as such....

Sexual abuse and religion: A call for compassion

A recent scientific study that I authored suggests that aside from sexual abuse being a horrific crime that can have disastrous psychological consequences, it may also thwart religious development. 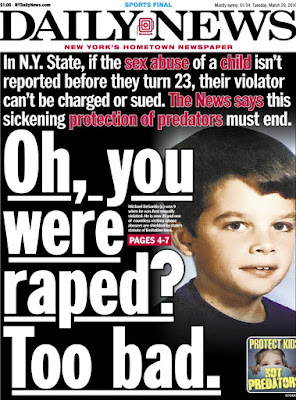 My patient – a 17-year old female from a local religious community – was crying profusely. “My teacher was aghast when I asked a religious question in class, and everyone was whispering about me the rest of the day. I just don’t fit in.” She was right to be distraught. Aside from feeling ostracized and ashamed, she felt bitterly and utterly alone since no one around her understood that her spiritual questioning stemmed from an incident of sexual abuse that had occurred many years earlier.

A recent scientific study that I authored suggests that aside from sexual abuse being a horrific crime that can have disastrous psychological consequences, it may also thwart religious development.

In our sample of 372 Jewish adult men and women from the United States and Canada, we found a three-fold incidence of rape (involuntary penetration) among individuals who were raised Orthodox but no longer affiliate as such. We also found that across our entire sample, a history of childhood sexual abuse was correlated with less belief in God, lower religious observance, and diminished religious identity.

These findings are consistent with countless anecdotal accounts of individuals leaving religious communities in the wake of abuse. Such a phenomenon makes intuitive sense: Suffering abuse at the hands of ostensibly religious individuals can engender sentiments of disillusionment, betrayal, and mistrust in religion. More broadly, abuse can raise profound spiritual questions (e.g., why would a good God let bad things happen?) and spawn anxious or even avoidant attachment to God. When these changes are not handled delicately with compassion, validation, and an eye towards inclusion, victims feel socially marginalized and are likely to leave the fold.

To make matters worse, psychological science has found religious beliefs and practices to be of help to many people in healing from abuse. A substantial body of literature suggests that spirituality can provide solace, calm and hope, and that using spirituality to cope with adverse life events is associated with better outcomes. Indeed, in my study, stronger religious identity and greater adherence to religious life were associated with lower levels of mental distress and even decreased odds of having a psychiatric diagnosis. This suggests that sexual abuse victims who remain engaged in spirituality fare better than those who do not. As such, religious decline in the context of abuse is particularly tragic, since victims become distanced from the very resource that can help them move towards recovery.

The vast majority of writing on sexual abuse and religion has called upon religious communities to publicly condemn the immorality of abuse and mandate reporting of perpetrators to child welfare agencies. This backlash against the prevailing norm of cover-ups, nepotism, and scandals has created significant legal pressure on religious communities to take matters of abuse seriously. As a result, in my clinical experience, it is now fairly common for religious schools to conduct wrap-around inquiries and take measures to protect students when allegations are raised, and file reports when evidence of abuse is apparent.

It goes without saying that all cases of child sexual abuse and even suspected abuse should be reported to local authorities. This is not only a legal requirement for teachers, rabbis and other community leaders, but a moral one in order to physically protect children.

However, legal intervention is insufficient to help child abuse victims heal. For that to happen, religious communities must recognize that the consequences of abuse are not only psychological or social in nature. My research suggests that spiritual struggles and religious decline may be natural processes for some victims of abuse. These are not an intentional affront to religion, rather they are a normative psychological process that must be expected. Shunning and socially isolating individuals who present with religious questions only engenders greater disconnection, and in the case of abuse victims this can leave them bereft of the interpersonal and spiritual resources needed to heal. For all of these reasons, I call upon religious communities to respond to religious questioning and decline – irrespective of its origins – with validation and compassion.

The author is an assistant professor in the Department of Psychiatry at Harvard Medical School, and director of the McLean Hospital Spirituality and Mental Health Program.