LEIB TROPPER AND HIS "EJF" - "ETERNAL JEWISH FAMILY" - IS DECLARED A FRAUD AND A DANGER TO JUDAISM!

-- I keep my promises you piece of garbage pimp! -- 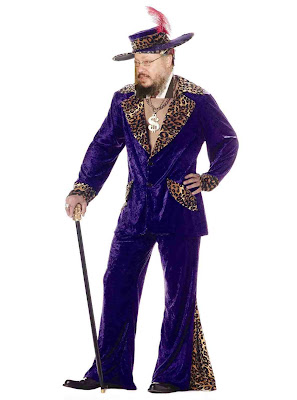 In UOJ language - THE WEASEL TROPPER IS A FILTHY FRAUD! He should be shunned by any honest rabbi...(there are precious few!) The low-life charlatan is an example of another mean-spirited and evil person, dressed in full "rabbi" regalia, preying on the weak, naive and the vulnerable! Tropper - I'll come after you as an exterminator goes after poisonous rats! I'm on to you and your pathetic scam! You're going down - BIG! 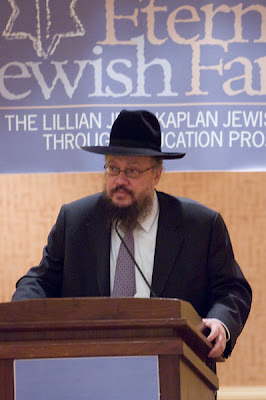 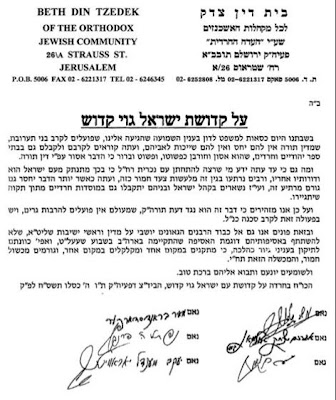 Concerning the Holiness of the Jewish People “ the Holy Nation.

The senior dayanim of the Bedatz met today to discuss allegations that certain kiruv activists are actively proselytizing the children of intermarried couples to convince them to convert “ even though according to Torah law there is no halachic relationship with their Jewish fathers. They are calling for the acceptance of these non-Jewish children in Jewish programs and religious schools.

Such an action is literally a disaster and self-destructive. It is self-evident that such a program is absolutely prohibited by the Torah.

Furthermore until now anyone who wanted to marry a non-Jewess Heaven forbend! We knew very well that this act would sever them from the Jewish people forever.

Because of the dire consequences of intermarriage, there was a strong barrier that prevented many from intermarrying. However now that the consequence of exclusion from the Jewish people has been removed - this motivation not to intermarry has been lost. Consequently these intermarried couples and their children remain amongst the Jewish people. This results in their non-Jewish children being accepted into religious schools out of the hope that they will eventually convert.

Therefore we are warning that this activity is against the Torah. It has never been acceptable to proselytize non-Jews. Furthermore as we mentioned it actually encourages intermarriage.

We therefore are turning to the poskim and the roshei yeshivos not to participate in their conventions - such as the one that occurred in America last week. Even if their motivation was to improve the standards of conversions “ they are making improvements in one area while making things worse in another.

Those who heed our cautions will benefit and receive blessings.

We - the members of the Bedatz in Jerusalem - affix our signature to this document out of fear and concern for the holiness of the Jewish people “ the holy nation.
Posted by Paul Mendlowitz at Saturday, December 19, 2009 151 comments: