Could be Candidates for Guests of Honor at This Year's Agudah Convention? They got THAT look! 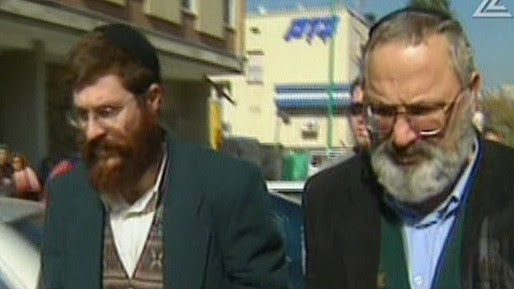 The Israeli Supreme Court on Sunday rejected an appeal by an Israeli man against extradition to the US, where he has been charged with selling arms — including spare parts for fighter jets — to Iran.

Arye Eliyahu “Eli” Cohen, 66, from Bnei Brak, was arrested at the request of the US authorities at Ben Gurion Airport in May 2014, as he was trying to flee the country.

Cohen had been indicted in a federal court in Connecticut for illegally exporting spare parts for F-4 and F-14 combat aircraft to Iran, illegally moving military equipment out of the US and money laundering.

If convicted, Cohen could face up to 20 years in prison and a $1 million fine for breaking laws prohibiting the sale of arms to Iran.

The Supreme Court said in a statement Sunday that Cohen should be rendered to US authorities “in order to stand trial for the commission of federal offences of trading military spare parts with Iran.”

“According to the charge sheet on which the extradition request is based, during the years 2000-2004 Cohen exported military spare parts from the United States to his place of residence in Israel,” the Hebrew-language statement said.

A US Navy F-14B Tomcat prepares to make an arrested landing on board the aircraft carrier USS George Washington (CVN 73) as the ship conducts flight operations in the Persian Gulf on Nov. 24, 1997. (DoD/Lt. Bryan Fetter, US Navy)

It said that he and three accomplices in the United States shipped parts for Hawk missiles, fighter aircraft and armored troop carriers from the US to Israel, using false declarations as to the materials and their final destination. One of the accomplices has previously been named as Cohen’s brother-in-law, Avihai Weinstein.

A transcript of Sunday’s court hearing said that the charges alleged that between 2012-2013 Cohen “on two occasions re-exported from Israel to Iran, via Greece, US-made military spare parts used by fighter planes.”

The charges were filed in the Federal District Court of Connecticut in 2013, and the United States made an extradition request the following year.

The Jerusalem District Court granted the request but Cohen then appealed to the Supreme Court. 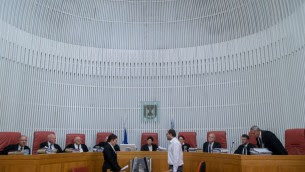 “The act for which extradition is requested constitutes a criminal offence under the laws of both” Israel and the United States, the court said in Sunday’s ruling.

Cohen and Weinstein had previously tried to send shipments to Iran via intermediary states such as the United States, Germany, Thailand and Portugal, Israel’s Channel 2 reported in 2014, adding that Cohen had been investigated on such charges six times in 12 years.

http://www.timesofisrael.com/israeli-to-be-extradited-to-us-over-sale-of-military-parts-to-iran/
Posted by Paul Mendlowitz at Monday, August 29, 2016 No comments: