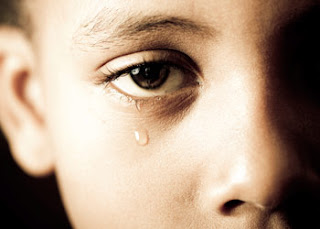 The man who abused me is named Mendel. I met him when he was my dorm counselor at a boy’s yeshiva. He took advantage of the position of authority he had over me and used it to physically and sexually abuse me. I went through horrific ordeals at his hands that has left me scarred until this day.

One way in which I’ve coped with the abuse was to drink alcohol. Some even mistook me for an alcoholic when in fact drinking was just a way I drowned out the pain of my experiences. Over the last few years, I’ve met many people who were also sexually abused and victimized at the hands of someone else. It happens way more than many of us would like to believe. I’ve also found out that the challenges I’ve dealt with are very typical of victims of sexual abuse.

For example, I often have flashbacks, sleepless nights or nightmares. At times, and this is very personal but I feel like I must say it, it is difficult for me to be intimate with my wife. It can trigger a flashback I am absolutely powerless to stop. This greatly effects our marriage but I am lucky to have a strong and supportive wife who has stood lovingly by my side throughout this ordeal.

On numerous occasions, she has had to wake up to me having a full blown panic attack in my sleep. I know these are common symptoms for victims of abuse but that does not make it any easier to deal with.

Sometimes, when leaving my home, I am fearful that I may bump into my abuser, Mendel, while walking. After all, we grew up on the same street and his family live nearby to my own.

I wish I could tell you that my friends and community members have been supportive of me during this process but unfortunately, I am sad to report, that it is usually the opposite. Many have chosen to defend my abuser and attack me instead. I have been called a ‘liar’ or have been told that I am an alcoholic set on ruining an innocent person’s life. Others have accused me of doing this in the hopes of making a buck.

When I first attempted to go forward, I was shamed into silence. Some who I told either ignored me or ridiculed me. Fortunately, some friends, family members and JCW supported me and gave me the courage to do the right thing and break my silence.

It has not been an easy process at all. 2 years ago, when I started this process, I had very mixed feelings. On the one hand, I came forward to defend and protect innocent children and to get closure for myself. On the other hand, I understood this process would tear apart my own family and the family of my abuser.

I did not realize how bad it would be.

I’ve been cheered for by many and harassed by many. It seems everyone I met, had their 2 cents to add. Some felt I was doing the right thing and was a hero and others felt that if the defendant went to jail, he would surely be killed and that would be on my conscience. Some even went as far as to call me and my family ‘murderers’.

During the last few months leading up this day, some have tried to threaten or bribe me to drop the charges. I was offered $200,000 to sign documents stating that I consented to and requested the sexual activity and therefore it was not abuse. Others have tried the other approach, threatening me that they have 4 girls willing to testify that I raped them and they will come forward after the sentencing.

I have been threatened to have my name smeared publicly in our community to the point that my wife and I would “literally” be unable to walk the streets. Some have gone as far as to approach my wife and attempt to convince her to leave me.

Even close friends have turned their back on me for doing what they believe is the ‘wrong thing’. This has been the most painful thing to experience. To watch friends turn on me like this hasn’t been painful enough.

In all, this case has taken a tremendous toll on my family, my wife and my marriage but I know in my heart that my actions will lead to the world being a safer place for children.

As I conclude this letter, I would like to thank my wife, my family, my friends who have stood by me, the JCW and the DA’s office for all their support. In closing, I would like to say that as I leave this room today “I am not longer a victim, but a survivor”.

My name is …….. …… and I am the victim of sexual abuse. The man who abused me is named...
www.jewishcommunitywatch.org
Posted by Paul Mendlowitz at Wednesday, June 10, 2015