What Happens When A Brilliant, Brash Ex-Orthodox Yeshiva Student Goes Mad? He suggests that the age of consent should be lowered to 15, or perhaps even 14. 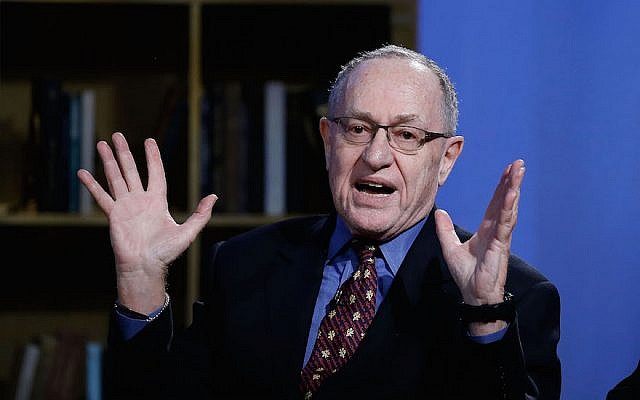 Now, 22 years later, he’s defending the column on Twitter, at an awkward time: Dershowitz was a member of the team that got convicted sex offender Jeffrey Epstein a plea deal that sent him to prison for 18 months, a sentence that critics today say was unusually brief and lenient. Epstein is now being prosecuted for sex trafficking, and is accused of sexually abusing dozens of underage girls.

Dershowitz, a prominent defense lawyer and emeritus Harvard University law professor, himself faces accusations of sexual abuse from two of Epstein’s alleged victims — Virginia Roberts Giuffre and Sarah Ransome. He vehemently denies the accusations against him.

The 1997 column is getting renewed attention after it was quoted in a current New Yorker article about Dershowitz and his entanglement with Epstein. In the column, which ran in the Los Angeles Times, Dershowitz argues that statutory rape is an increasingly irrelevant legal concept as teenage sex is normalized and rarely prosecuted.

“This raises a fundamental question about the continuing legitimacy of statutory rape laws at a time when sex involving teenagers is so rampant and prosecution for statutory rape so selective,” Dershowitz wrote. “It is obvious that there must be criminal sanctions against sex with very young children, but it is doubtful whether such sanctions should apply to teenagers above the age of puberty, since voluntary sex is so common in their age group.”

He then suggests that the age of consent should be lowered to 15, or perhaps even 14. 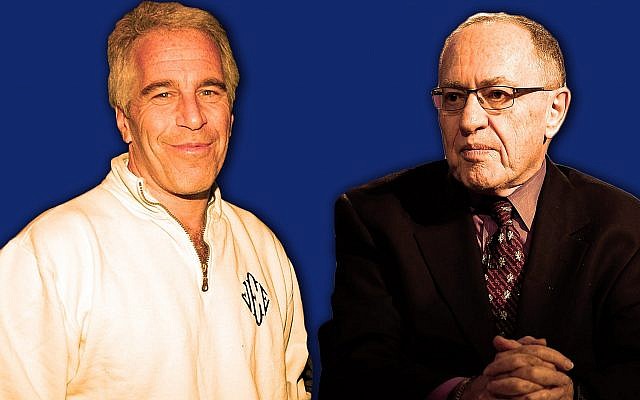 Alan Dershowitz, right, represented sex offender Jeffrey Epstein in a controversial 2008 plea deal
Facing a barrage of criticism — for his handling of the Epstein plea deal, for the allegations against him and now for this column — Dershowitz has been unapologetic. He told the Jewish Telegraphic Agency earlier this month that “I have no misgivings and I will continue to represent controversial people. That’s what I do. If I’m in a case, my job is to get the best possible result.”

He similarly defended the 1997 column in a series of tweets. He said there should be “Romeo and Juliet exceptions” to statutory rape.

He has also attacked the New Yorker profile of him, written by staff writer Connie Bruck. Before it was published, he called it a “hit piece” with the “explicit purpose of silencing my defense of President Trump, Prime Minister Netanyahu, and the State of Israel.”

The lengthy article, titled “The Devil’s Advocate,” quotes Giuffre, who in accusations going back to 2014 names Dershowitz among the men she says Epstein forced her to have sex with. Giuffre says she had sex with him at least six times. When asked why she had decided to name Dershowitz, she told Bruck, “Jeffrey got away with it, basically. And Dershowitz was one of the people who enabled that to happen.”

Dershowitz vociferously denied her allegations and ended up suing her lawyers in 2015. According to the article, the case was settled in 2016, with Dershowitz’s insurance company paying Giuffre’s lawyers an undisclosed sum. The settlement also included a sum of money to Dershowitz “which would allow him to claim a payment.”

Dershowitz writes that Giuffre “has a long history of lying for money,” and appears not to have told her friends or the FBI that he was among the people with whom she had sex. He says he gave Bruck access to tapes in which Giuffre’s high-powered lawyer, David Boies, acknowledges that it would have been impossible for Dershowitz to have been in the places where Giuffre claims to have met him. Boies disputes Dershowitz’s account.