Parents need to read it, and to hold the feet of their local school administrations to the fire if they are making “concessions” to anti-vaxxers that endanger others. 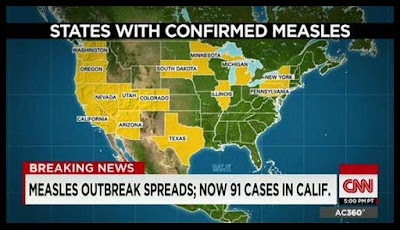 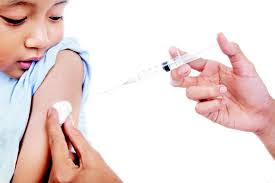 Rabbi Dovid Bleich’s volumes on Contemporary Halakhic Problems are the gold standard in evincing the ability of our mesorah and the timeless halachic tradition to respond to changed conditions and advances in knowledge. Volume 7 is now available. Like all its predecessors, each chapter marshals a breathtaking command of the related core sugyos, the responsa, and the full sweep of the growing number of quality halacha journals. In most cases, the penetrating lomdus of mori ve-rabi Rav Bleich adds immeasurably to the discussion.

The first volume in the series appeared some forty years ago. Some day, someone will write a paper on the changes in the Orthodox community that can be discerned simply from an examination of the tables of contents of the different volumes. Earlier ones dealt with the some of the first modern treatments of core issues like intermarriage, electricity on Shabbos, war ethics, conversion, abortion, copyright. These early chapters remain invaluable jumping-off points even today for those interested in serious consideration of the halachic issues. With the passage of time, the articles keep up with the dizzying scientific and technological progress of the decades that followed. The new volume includes considerations of stem-cell burgers, determining maternity in the case of mitochondrial DNA replacement, and posthumous paternity from frozen sperm.

While it is unlikely that any of the books in the series will ever become a Hollywood feature film, the new volume – like its predecessors – belongs in the can’t-put-it-down category for anyone with a passion for serious halachic discussion.

One chapter moves beyond recommended reading to the role of life-saver. Measles is back, and the word is out in the street – and in the media – that members of Orthodox Jewish communities have often joined the ranks of the anti-vaxxers. By not immunizing their children, they have compromised the herd immunity that all but abolished diseases like measles and whooping cough. Schools have wrestled with the legal and halachic issues in barring children who have not been immunized (or incompletely immunized) from the classroom, in order to protect the other children. Misinformation abounds about several facets of the issue: the risks involved in immunization; the risks to others (including children who have been immunized, and those who cannot for various medical reasons); the legal exposure of schools which bar non-immunized children from attending. This chapter addresses all the important angles with the comprehensiveness, the depth, and – most importantly – the authority of Rabbi Bleich, which simply knows no peer in America. This makes it an important tool in restoring safety to our communities. Parents need to read it, and to hold the feet of their local school administrations to the fire if they are making “concessions” to anti-vaxxers that endanger others.

Rabbi Bleich’s bottom line is unequivocal. “Vaccination of one’s children is unquestionably a parental responsibility.” Let us hope – and work together – to ensure 100% compliance.

The rabbis who signed this letter – Matisyahu Salomon, Malkiel Kotler, and Philadelphia's Shmuel Kamenetsky (a longtime opponent of vaccines) are wrong halakhicly and wrong ethically. Children who are not vaccinated because their parents fear vaccines put hundreds of other children and adults at risk for catching illnesses that can kill or maim them. Choosing not to vaccinate does more than put your own child at risk – it puts everyone at risk, as you can see here.
You can read previous anti-vaccine stupidity from Shmuel Kamenetsky here.