When Rabbis Become Prostitutes - The Redefining of an Orthodox Jew - "Jared every year sends a $500 check before Passover to one of his former day school teachers “as a gesture of appreciation... " 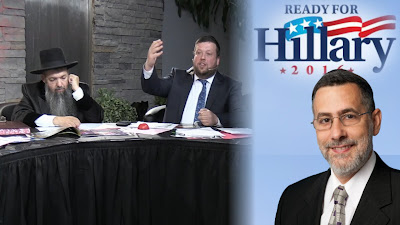 Any rabbi with any integrity at all would consider this scenario happening all throughout  the "Modern Orthodox" world. " Wow....I can date a shiksa for years, then find a rabbi to convert her if my parents want her to, eat non-kosher, violate the Shabbos repeatedly, still call myself Orthodox if my father has money, and not one rabbi stands up and says this is a fraud not to be emulated" Shameful!
*


Jared Kushner, son-in-law of President Trump, may be the most famous, and most-scrutinized, Orthodox Jew in the United States today.

Since the president’s inauguration two weeks ago, Kushner — graduate of a prominent Modern Orthodox day school in New Jersey, grandson of Holocaust survivors, active supporter of the Chabad-Lubavitch chasidic movement, a senior adviser to Trump who may become involved in Middle East peace negotiations — has come under fire in some Orthodox circles.

The charges: Kushner rode with his wife Ivanka in a car to Friday night post-inaugural events in Washington (with rabbinic dispensation LOL, it is said, because of security concerns) , attended an ecumenical prayer service in a D.C. church and apparently remained silent after the president issued a controversial statement last week about International Holocaust Remembrance Day that omitted any mention of Jews being the primary target of the Nazis.
The statement “was written with the help of someone who is both Jewish and the descendent of Holocaust survivors,” White House press secretary Sean Spicer said. Many assumed he was alluding to Kushner, though press reports say it was written by Boris Epshteyn, a Russian Jewish immigrant serving as special assistant in the administration after working on the Trump campaign.

Still, Kushner’s critics have indulged in a chorus of so-called “frum-shaming,” keeping a watchful eye on him, eager to call out any perceived violation of Jewish law.

Kushner has emerged as one of his father-in-law’s closest confidantes and fiercest defenders, asserting that Trump is neither an anti-Semite nor a racist.

At 36, the publicity-shy scion of the wealthy Kushner real estate family is the subject of numerous media reports.

A “quiet millionaire with Donald Trump’s ear,” reported BBC. “Something of a mollifying influence upon his mercurial boss,” wrote Vanity Fair. “Someone who ‘enjoys a Rasputin-like power’ with Trump,” according to Cosmopolitan.

Now a (prominent?) Orthodox rabbi is coming to Kushner’s defense — ironically, one with close ties to Bill and Hillary Clinton. 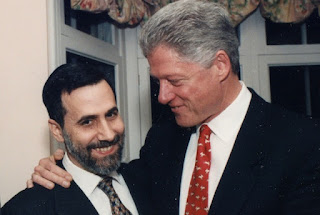 The rabbi of Congregation Shomrei Emunah in Englewood, N.J. and author of the 2013 “Letters to President Clinton: Biblical Lessons of Faith and Leadership” (Sterling Ethos), was openly critical of Trump during the campaign, saying he lacked a “sense of morality.” But having known the Kushner family for three decades and worked “on many projects” with Charles Kushner, Jared’s father, the rabbi said Jared “listens, he absorbs information … he’s very even-tempered … the opposite of his father-in-law.”

In a letter to The Jewish Week, the rabbi described how Jared every year sends a $500 check before Passover to one of his former day school teachers “as a gesture of appreciation for what [he] felt he gained,” Rabbi Genack said.

In a similar vein, a recent JTA article described Jared Kushner’s generosity and spirit of cooperation at Harvard Chabad during his student days at the Ivy League school and in his post-graduation life.

“It was most apparent in the first impression what kind of mensch this young man was,” JTA quotes Chabad Rabbi Hirschy Zarchi as saying. “When he saw importance in a project, he committed himself to it.”

Rabbi Genack compared the criticism of Kushner on halachic grounds to the carping about Joseph Lieberman, also an Orthodox Jew, during the former senator’s race for vice president with Al Gore in 2000. Lieberman was accused of “hydrating” on a fast day during the campaign.

The rabbi said such criticism is “ridiculous,” and that it is unfair for people in the public eye to be held to unreasonable standards.

Kushner’s visibility as an Orthodox Jew “sends a good message to the Jewish community,” Rabbi Genack said. “I think we should just take pride.”
*
KUSHNER CELEBRATING BIRTHDAY ON SHELLFISH: 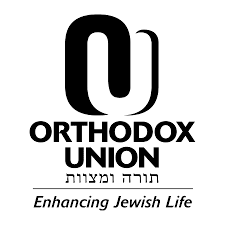 THE OU STATEMENT ON A DIFFERENT ISSUE (IN PART) - THE HEIGHT OF HYPOCRISY:

"A movement that has voluntarily parted paths with normative Orthodoxy and Halakha in so many ways has no right to complain when the Orthodox establishment rejects its radical innovations. It is a classic case of the pot calling the kettle black.

Halakha is predicated upon following the directives and guidance of the generation’s foremost rabbinic authorities. Vigilante Judaism – and that’s exactly what is being promoted by those attacking the OU’s ruling – is inconsistent with the deference to the generation’s most distinguished Torah experts that forms the basis of all stripes of authentic Orthodoxy.

The OU has followed traditional and halakhically required protocol when dealing with challenges and innovations to Torah practice, by consulting with a world-renowned team of halakhic authorities, and committing to following the decision that would be rendered.

This is what Torah Judaism is all about."
*

As Rabbi Yaakov  Kaminetzky zt"l expressed to me when I asked him if the OU can be trusted on Kashruth; Without hesitation he responded: "Yes, on salt"!

Jared Kushner & Ivanka Trump In Church on Friday and Shabbos! Trump's Conversion Farce Must Be Repudiated, Rebuked & Delegitimized by Every Orthodox Rabbi! Kabbalat Shabbos With Jared & Ivanka! Israel & The Jewish People Have Every Reason To Be Concerned About Kushner's Total Rejection of Core Jewish Values (מומר להכעיס) , and In Essence, Contemptuous Conduct.