In some cases, hundreds and thousands of calls, emails and faxes would be received every day, with the goal being to coerce the companies to advertise....

Dozens Arrested in Ultra-Orthodox Newspaper Extortion Scheme - NO YESHIVA - NO ARMY - NO JOBS - NO ETHICS - NO DECENCY - NO EDUCATION -  NO SKILLS   -  JUST A BUNCH OF DIRTY CRIMINAL BUMS!

Israel Police arrested Tuesday 28 suspects on suspicion of being involved in a harassment and extortion with threats scheme against executives of large private and government companies, in an attempt to force them to advertise in the ultra-Orthodox newspaper Hapeles.

The police this morning carried out a search at the newspaper’s offices and arrested senior editorial staff.

The newspaper is affiliated with Rabbi Shmuel Auerbach, whose Jerusalem faction leads demonstrations against Haredi conscription into the IDF.

In the last six months, police conducted an undercover investigation against the extensive operation that concluded last night with a wave of arrests throughout the country. Police also visited the headquarters of Hapeles in Jerusalem and confiscated computers and other multimedia devices.

Some 250 police officers participated in the arrest operation that took place in the early morning hours of Tuesday. Suspects were detained in Jerusalem, Bnei Brak, Modi’in Illit, Ashdod, Rekhasim and Hadera.

Several of the suspects are expected to be arraigned later Tuesday in the Rishon LeZion Magistrate’s Court.

During the arrests, police were attacked in several locations by crowds of residents who threw objects and shouted abuse at officers. In the Mea Shearim neighborhood of Jerusalem, protestors blocked roads with dumpsters.

The investigation began after police received dozens of complaints from company executives who alleged that they were receiving constant harassment by phone, email and fax. 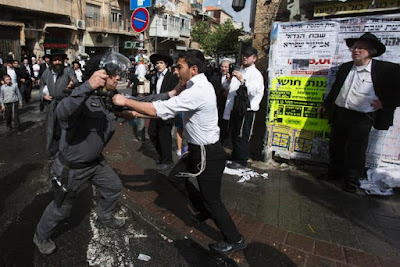 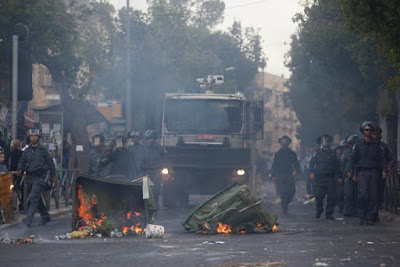 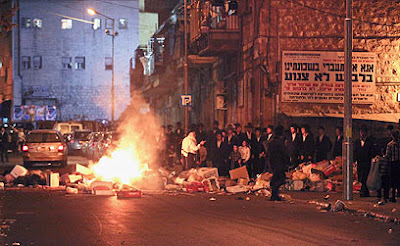 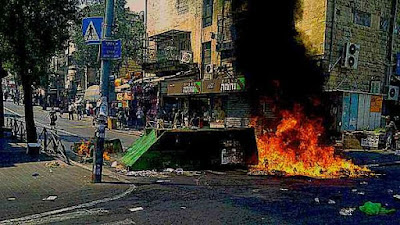 According to police, suspects presented themselves as those representing a large section of the public that “felt deprived” that the companies were not advertising in a newspaper that represents them, such as Hapeles.

At this point, suspects would begin a ceaseless campaign of calls, faxes and email to the same company executives and their families leading to severe disruption, not only in the company’s normal activities, but also those of executives’ families.

In some cases, hundreds and thousands of calls, emails and faxes would be received every day, with the goal being to coerce the companies to advertise.

According to police, the operation was so extensive that suspects operated a special call line in which dozens of workers would clandestinely receive instructions and details related to the people they were supposed to harass.

Shufersal CEO Itzhak Aberkohen said, “It was the same group of people who would harass every day for weeks from the early hours of the morning until the late hours of the night. It got to the point where we had to turn off the phones or put them on silent. It interfered greatly with our personal and family relationships.”

According to another executive, “When I was answering and trying to have a conversation, some of the people were polite and some really threatened me. From the other side of the line were children and adults who cursed, screamed and screamed.”

Another executive said that apart from threatening the workers, they would also call their parents at unusual hours.

“My mother told me that one morning they called her and said to her, ‘Your son is taking a side and you will pay the price for it, the company will also pay a personal price,'” said the executive.

(Translated and edited by Fred Goldberg)

http://jewishbusinessnews.com/2017/04/18/dozens-arrested-ultra-orthodox-newspaper-extortion-scheme/?utm_source=feedburner&utm_medium=email&utm_campaign=Feed%3A+JewishBusinessNews+%28Jewish+Business+News%29
Posted by Paul Mendlowitz at Thursday, April 20, 2017 No comments: