Why would we trust information that doesn’t ever change? Information shifts perspective, deepening understanding. 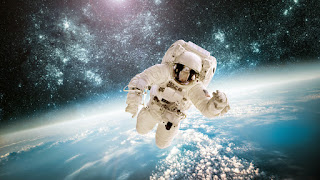 People love the benefits of science. They generally like the advances made in technology, biology, psychology, chemistry, and physics. And yet, there seems to be confusion about what science is and how we perceive it, which has led to a strange backlash against pursuing knowledge. In a recent and riveting piece for Aeon, David P. Barash, a professor of psychology and biology at the University of Washington, dissects our modern suspicion of science with razor-sharp insight.

NASA Just Released The Largest Photo Ever Taken. What It Shows Will Shake You Up.

The video shows over 100 million stars and thousands of star clusters embedded in a section of the Galaxy, stretching over 40,000 light-years. Nature is truly breathtaking and immensely vast...

The public distrusts science because it appears to change, Barash says. One day nerve cells don’t regenerate; the next day they do. Sugar is good; wait no bad; wait no evil — "wake me up when you make a decision," the weary public mumbles. But Barash points out that it’s only our paradigm that is shifting; not the actual truth, just our understanding of it. 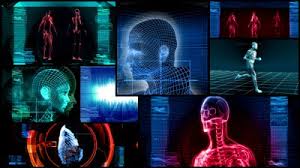 That is something that seems difficult for people to understand. For example, if there is “breaking news” on TV, information starts rolling in to help us understand what happened. The event itself doesn’t change based on what we know or don’t know about it. So it is with science — the truths are always going to be true, regardless of the information we have. To continue with the news analogy, the reporters do research to find the facts. The facts give context. With science, the research being done by its practitioners gives us context to understand the story of the universe.


We are capable of forgiving public figures for mistakes (especially if they go on a late show and act cute), yet forgiving scientists for misjudging or misunderstanding something makes us assume that the entire endeavor is faulty. This type of black-and-white thinking is evident throughout modern society, particularly in politics, where nuance and gray areas have basically been eradicated. We ask from science that it be completely accurate all the time, a set of rules that go unchanging. Yet, our understanding of the world is constantly changing and evolving.

Why would we trust information that doesn’t ever change? Information shifts perspective, deepening understanding. As our tools and abilities to investigate on micro and macro levels become rapidly more sophisticated, it should be expected that old information will be invalidated and new information will be discovered. The fact that things are changing at the speed that they are is encouraging! It means that we are becoming increasingly more informed and knowledgeable, that our methods are refined and tools more precise. If there was a greater lag time between discoveries, it would be a sign that our methods of research were as outdated and inaccurate as they were when we thought the Earth was flat.

Our culture doesn’t like science because it doesn’t offer a quick, easy answer that you can hang on to and use when you play Trivial Pursuit. Science is an ongoing investigation and observation. Instead of dismissing it just because it’s fluid and complex, maybe we should take a step back and do an observation all our own: look at how quickly we are advancing. Faster than ever before. More sophisticated than ever before. What an exciting time to be alive. After all, thanks to science, your lifespan is a whole lot longer than our ancestors. Maybe we’re scared of knowledge, because the more we find out about the universe, the smaller we feel. But I can’t help but be in awe of our achievements, and the continuing discoveries being made every single day all over the planet. Science is only how we understand reality; it’s nothing to be apprehensive about. Or as the great Bill Nye once said, science rules.

--
Lori Chandler is a writer and comedian living in Brooklyn, NY. She has been published in The New York Times and on CollegeHumor. You can follow her on Twitter @LilBoodleChild to keep up with her latest pieces, performance dates, and wry observations.