The measles outbreak makes it vital for New York lawmakers to end religious exemptions for vaccinations.... 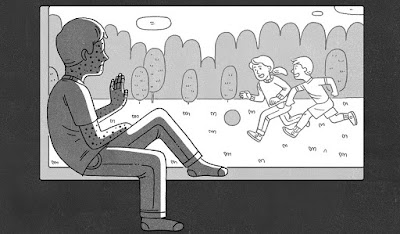 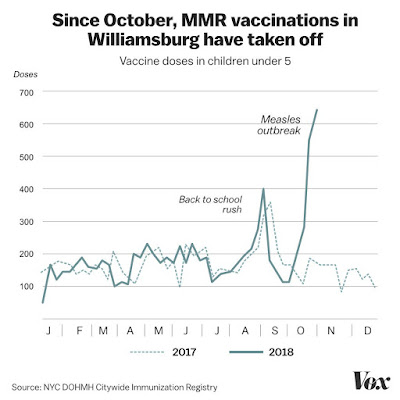 The measles outbreak makes it vital for New York lawmakers to end religious exemptions for vaccinations.

By The Editorial Board

It’s no coincidence that measles is spreading across the United States after a decade in which the number of parents claiming exemption for their children from vaccination has grown. The outbreak has been most intense in New York, particularly in deeply insular ultra-Orthodox Jewish communities in Brooklyn and upstate that have been vulnerable to misinformation and resistant to vaccination.

To halt the spread of the disease, bills in the State Senate and Assembly would prevent parents from claiming that their religious beliefs exempt them from legal requirements that their children be vaccinated before going to school. The American Academy of Pediatrics has made the elimination of such nonmedical exemptions its top priority this year.

The legislation would allow exemptions only if a licensed doctor certified that the immunization was detrimental to the child’s health, as is the case in current law.

Action on these sensible bills has stalled, however, just weeks before legislators leave for the summer —  even as the latest cases of the highly contagious and sometimes fatal disease were diagnosed in New York last week.

While bills in both chambers are in committee, opposition to the legislation is centered on the Assembly, where a bill before the Health Committee has not received a vote and the committee chairman, Richard Gottfried, said it would not until a majority in the Assembly supported it. More disturbingly, Mr. Gottfried said he and other committee members thought the legislation could violate the First Amendment, echoing one of the anti-vaccine movement’s favored talking points — that beliefs about vaccines are protected by the Constitution. Mr. Gottfried said he was still wrestling with where he stood on the issue.

Religious freedom is important to protect, but the courts have ruled it doesn’t apply here. In upholding a California law that removed religious exemptions, a federal appeals court last year noted an earlier ruling that, “The right to practice religion freely does not include liberty to expose the community or the child to communicable disease or the latter to ill health or death.”

Mr. Gottfried said he was uneasy anyway. “There are probably several issues where views on the Constitution and constitutional values may differ from what the Supreme Court majority thinks,” he said.

It’s not clear what these concerns are even based on. Faith leaders themselves have acknowledged that the grounds for religious opposition to vaccines are shaky, at best. The Orthodox Union and the Rabbinical Council of America have organized a public health campaign to get parents to vaccinate their children.

Legal mandates are one of the best ways to accomplish that goal. They increase the likelihood that vaccine-wary parents will consult legitimate medical professionals who have the capacity to allay their fears. They provide a crucial counter to the factually vacuous anti-vaccine campaign, which is being waged not only on social media platforms like Facebook, but also in statehouses across the country. And, as recent experience shows, they work: When legislators in California and Michigan strengthened their mandates, vaccination rates in those states went up.

New York City has declared a public health emergency around the measles outbreaks in Brooklyn and Queens, even closing several yeshivas — and threatening to close others — that did not comply with mandatory vaccination orders. But children throughout New York State remain vulnerable. State Senator Brad Hoylman, a lead sponsor of the legislation to end the religious exemption, said in a phone interview on Tuesday that he didn’t want to wait for tragedy to act.

Mr. Hoylman is right, and New York’s leaders must not let this legislation continue to languish. The bill could go further — as currently written, it wouldn’t impose any penalties, for instance, on parents who violate the law and send their children to school unvaccinated. Yet, in a state with an urgent public health crisis, this is the best place to begin.

Posted by Paul Mendlowitz at Wednesday, May 22, 2019 No comments: