We’ve seen this “Let him off, he’s one of us” approach all too often in some of the recent responses to the exposure of harassment or abuse by prominent political or cultural figures. We’ve seen it in cases of suspected child molesters....

'He's one of us' doesn't excuse sexual abuse 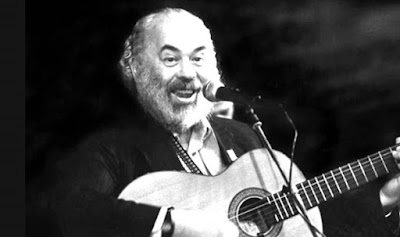 There are no extenuating circumstances for abuse.

by Dr. Rafael Medoff
The writer is director of The David S. Wyman Institute for Holocaust Studies in Washington, D.C. His latest book is "FDR and the Holocaust: A Breach of Faith".
Shulamit Magnus, and Thane Rosenbaum co-authored this article

The longstanding dispute over accusations that Shlomo Carlebach molested or harassed numerous women has gained new currency as American politicians, journalists, and entertainers have been exposed for engaging in similar conduct.

The Carlebach discussion has provoked strong sentiments. Sadly, some of Rabbi Carlebach’s defenders have gone way beyond the bounds of civility by trivializing and rationalizing the abuse.
In his December 31 essay for Arutz 7, Dr. Chaim Charles Cohen protests that some in the Jewish community have—in his words— “stopped singing the music of Rav Shlomo because two of the women complained that it is not liberally correct to sing the music of man who may have had questionable social behavior at one point in his life.”

No, they didn’t complain that it was “not liberally correct.” They complained that it was improper to honor the music of someone against whom there is credible evidence of numerous instances of sexual harassment and assault.

Each of us has to make an individual decision as to whether she or he is comfortable enjoying the music, art, or writing of someone accused of despicable acts. In addition to that personal decision, everyone has a right and even a duty to question whether it is wise communal policy to act is if Carlebach’s behavior never happened or doesn’t matter.

Fondling a teenage girl is criminal assault. Girls and women don’t exist to serve the pleasure of men. The world is not a harem.

Dr. Cohen does not express any sympathy for Rabbi Carlebach’s victims. Instead, he dismisses the eyewitness testimonies of molestation as “certain possible footnotes in Rav Sholomo’s life.” [The girls and women who were molested were not footnotes. They were people, religious seekers no less than the men who came to Carlebach, who were allegedly harmed.

Dr. Cohen in effect rationalizes molestation when he asserts: “If there were, at some point in his life, incidents of inappropriate social behavior on the road, they are very clearly a result of this unending loneliness.” Loneliness is not an excuse for abuse. Nothing is.

Cohen argues that the evidence of molestation by Rabbi Carlebach should be overlooked because of “the greatness of [Carlebach’s] contribution to the resurrection of Jewish life after the Holocaust” and his commitment to “an unending mission of spreading Torah.”

We’ve seen this “Let him off, he’s one of us” approach all too often in some of the recent responses to the exposure of harassment or abuse by prominent political or cultural figures. We’ve seen it in cases of get-refusers and suspected child molesters. We see it when board members of Jewish or Zionist organizations fail to act against corrupt leaders because they approve of their leader’s political positions. This argument is unacceptable in any context. In this one, we would also note that Rabbi Carlebach’s behavior towards women violated the very Torah he was spreading.

No one is saying that those who committed acts of sexual assault at some point in their lives must be exiled from the Jewish community, or that their achievements must be forgotten and expunged from our collective memory.  All human failure is a matter of degree. Not all of these allegations and acts are the same; proportion always informs culpability.  So, too, does acknowledgment and meaningful gestures of repair. But in this case, Dr. Cohen is saying, in effect, that nobody was culpable, nothing needs to be acknowledged, and that there is no obligation (in this instance, by the community) to acknowledge a grievous wrong.

Perpetrators of sexual crimes are not being defamed; they are being exposed, which is critical to preventing abuse and giving justice to victims of abuse. The Jewish community must face how it responds to sexual assault. Chaim Cohen’s essay is a tutorial on what the Jewish community shouldn't say in response to these moral and ethical failures.

Dr. Cohen concludes by complaining that “p.c. liberalism wants to resolve all the complexities of man-woman relationships with a single equation: all intimate physical relationships between men and women are moral if both parties truly consent of their own free will.” This, indeed, is the clear and legal definition for permitted sexual contact: true consent by those legally able to give it. No such consent, no relations. Period.

The need for such consent in physical contact is not “p.c. liberalism.” It is basic decency; it is the law in civilized societies; and it is an integral part of the teachings of the same Torah that Cohen praises Rabbi Carlebach for spreading.

The authors are members of the steering committee of the Committee on Ethics in Jewish Leadership (www.jewishleadershipethics.org)