"So what gives? Could it possibly be that we had leadership in other eras which didn’t spend so much of its time hyping up every incident in the country and portraying the cops, the colleges and every other institution in the nation as inherently racist?" 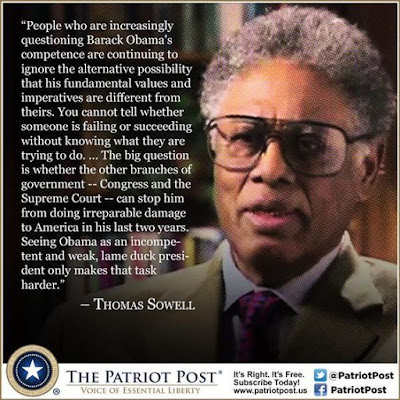 Survey: under Obama, race relations in the US reach 20 year low

I would call this breaking news, but the only real headline here is that Time Magazine felt the need to point this out as if it were some sort of surprise. Ask anyone of any race, gender, age or religion how they think things are going in terms of race relations and unrest around the country these days and you’re going to get a fairly gloomy response. But one recent survey shows that it’s even worse than some of us imagined… in fact, it hasn’t been this bad since the bad old days under Bill Clinton. (Time)


Perception of U.S. race relations have reached a 20 year low after several high-profile deaths of black Americans at the hands of police officers, according to data from a new Wall Street Journal/NBC News poll.

Only 34% of Americans said race relations in the country are fairly good or very good, the lowest since October 1995, shortly after the O.J. Simpson trial concluded in an acquittal for the former football star.

The inauguration of Barack Obama as the country’s first black president saw Americans’ view of race relations reach a high of 77% in January 2009. However, the Wall Street Journal notes, there has been a precipitous decline in Americans’ perceptions of race relations since July 2013.

As I said, the idea that race relations are at near historic lows won’t come as any shock for anyone who either owns a television or ever leaves their home. But it’s the analysis provided by Time which is likely more interesting than the raw numbers. Right in the sub-title of the piece the author references the period following the acquittal of O.J. Simpson on double murder charges. That’s something of an odd choice because, as many people have noted over the years, the phrase which might have been chanted in the streets afterward – if there had been anyone in the streets- was, No Justice, No Rioting. I have no doubt that there were many people (and yes… I’m including many white people) who were upset with the verdict of someone who seemed so obviously and completely guilty. But for some reason we didn’t see armies of whites out in the streets burning down Hollywood. Not that there aren’t some sections of Hollywood that could do with some abrupt renovation, mind you, but the rioting didn’t happen.

Still, if all we’re measuring is “racial tension” in terms of how people answer questions on a survey, I’m sure things were going downhill at that point. But what about the longer trends? Take a look at the WSJ/NBC chart covering 25 years.

The article’s author takes great pains to point out that the low point came at the OJ trial and not, for example, the actual riots which took place in LA at other times. They then skip over more than a decade and a half and point to Barack Obama’s election as a high point. But do you notice when the country first had more people saying things were going well than going badly? It was in 2000. And the trend was an almost complete, unbroken upward curve for the next eight years. Further, in 1996 things were already on the way down. When you go back further in history by looking at Gallup’s historical numbers, you see that that low point we’re talking about was after a sustained period of better views of race relations in the eighties and early nineties.

Whether there’s a causal relationship or not, it’s a darned curious thing. Views of race relations were actually better under Reagan and Bush 41, they got worse under Clinton, then climbed steadily throughout Bush 43’s tenure, and then steadily cratered under Obama. It’s ludicrous to suggest that government policy regarding the treatment of minorities was somehow more abusive under the Democrats. (Unless you count Hispanics under Obama’s record setting deportation numbers… which are still debatable.) So what gives? Could it possibly be that we had leadership in other eras which didn’t spend so much of its time hyping up every incident in the country and portraying the cops, the colleges and every other institution in the nation as inherently racist?