The overall national rate of mental illness was about 18 percent ---- How Did They All Wind Up In New York City - 42 Broadway?

Nearly 1 in 5 U.S. Adults Has Mental Illness or Drug Problem

Oregon has the highest rate, and New Jersey the lowest, according to 2012-2014 data analyzed by the U.S. Substance Abuse and Mental Health Services Administration (SAMHSA).

Overall, almost 44 million Americans 18 or older had a diagnosable mental, behavioral or emotional disorder in the past year, researchers said. They reviewed national surveys on drug use and health.

"The figures in SAMHSA's report remind us how important it is to take mental health as seriously as any other health condition," Kana Enomoto, SAMHSA acting deputy assistant secretary, said in an agency news release.

The overall national rate of mental illness was about 18 percent.

In Oregon, almost 23 percent of the state residents had any type of mental illness. Utah, West Virginia, Maine and Rhode Island were next, with rates above 21 percent.

In New Jersey, the mentally healthiest state, fewer than 16 percent of adults had a mental health condition, according to the report. The other lowest rates were in Illinois, North Dakota, Florida and South Dakota (all about 16.5 percent). (That's 1 in 6 Lakewood Guys... sooo if there are six thousand -- BEST guys in Lakewood (BMG)....Let's see how many people can come up with the difficult mathematical answer?)

Rates varied within states, too. For example, northwestern Oregon had a high of almost 24 percent. South Florida came in with less than 15 percent having a diagnosable mental illness in a given year.

"The presence of [any mental illness] in every state reinforces that mental illness is a major public health concern in the United States," the report noted. "Overall treatment levels remain low, and addressing the mental health of U.S. adults remains a concern for state and national public health officials."

Highlighting the percentage of people with a mental illness at state and local levels can help policymakers assess mental health needs in their communities, the researchers noted.

Examining changes over time is a key part of such assessments. The report said that rates of past-year mental illness among adults rose in California, Maine, North Carolina and Rhode Island between 2010-2012 and 2012-2014. There was no change in other states.


THE PROTEST IN FRONT OF THE NOVOMINSKER SHUL IN BORO PARK THIS PAST SUNDAY! 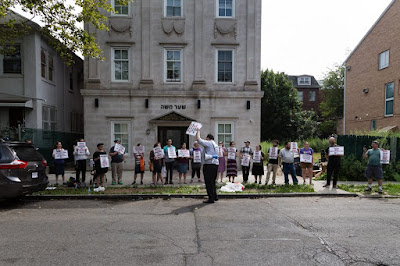 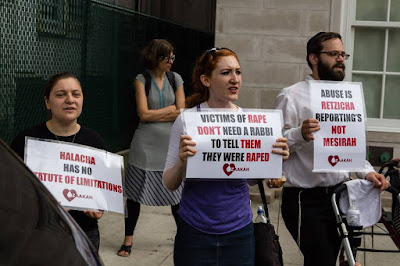 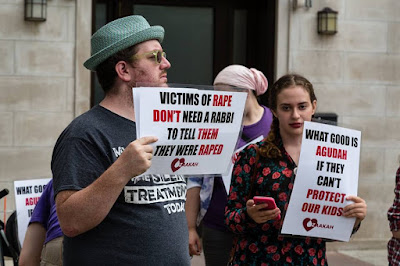 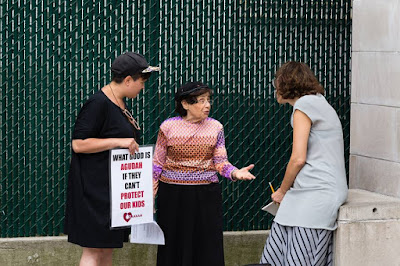 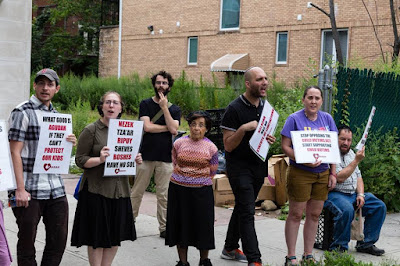 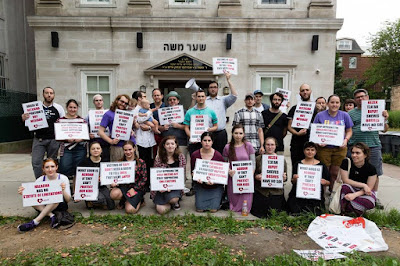 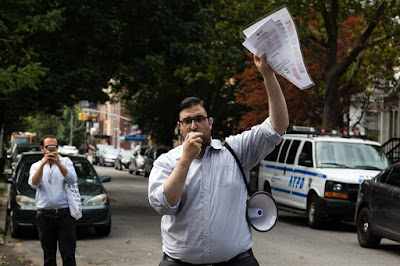 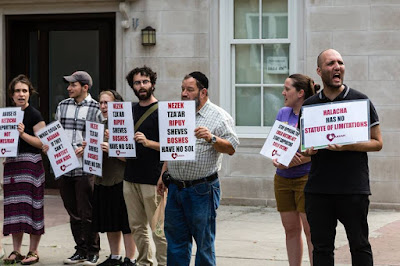 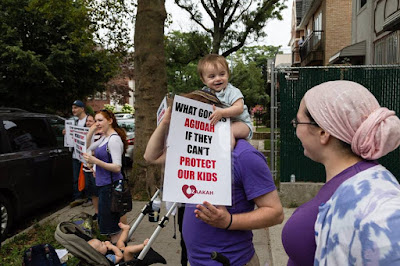 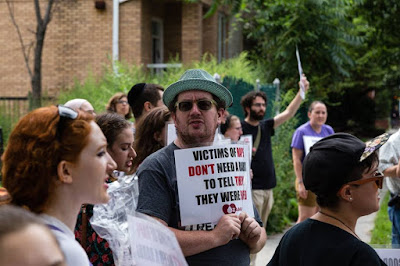 In wake of stalled legislation, demonstrators call on Agudah to get behind Child Victims Act.

In a bid to turn up the pressure on Agudath Israel of America over its policies towards sexual abuse victims, activists and abuse survivors protested Sunday in front of the Novominsker shul in Borough Park, the second such protest this summer.

About 30 protesters — including at least 10 of whom said they were abused as children — spent nearly three hours demonstrating their frustration with Rabbi Yaakov Perlow, one of the leaders of Agudath. The charedi umbrella group is one of a few organizations in the Jewish community that has strongly objected to the Child Victims Act, a bill that would increase the statute of limitations for sex crimes committed against minors in New York State. Other groups opposed to the bill include the New York State Catholic Conference and the Boy Scouts of America; they argue that increasing the statute of limitations would expose them to potentially crippling legal bills.......