Mother of 3-year-old Jerusalem picks up son from kindergarten to find him bruised and apathetic; at the hospital, he is found to have a fractured cheekbone; kindergarten teacher claims he tripped and fell; police open investigation on case.

Mother of 3-year-old Jerusalem picks up son from kindergarten to find him bruised and apathetic; at the hospital, he is found to have a fractured cheekbone; kindergarten teacher claims he tripped and fell; police open investigation on case.

The mother of 3-year-old Maor from Jerusalem picked him up from kindergarten bruised and apathetic. After taking him to the hospital, he was diagnosed with a fractured cheekbone. The kindergarten teacher claimed he tripped on a Lego and fell—a week later, when Maor managed to speak, he said, according to his mother, that the teacher had hurt him: "I asked for water, and she pushed me on the sink."

This is every parent's nightmare. "At one thirty, I came to pick up my son from preschool and found him with his head hanging down over the table," a tearful Silvi recalled, after discovering her son had allegedly been beaten at his kindergarten. Following these developments, the police opened an investigation into the case. 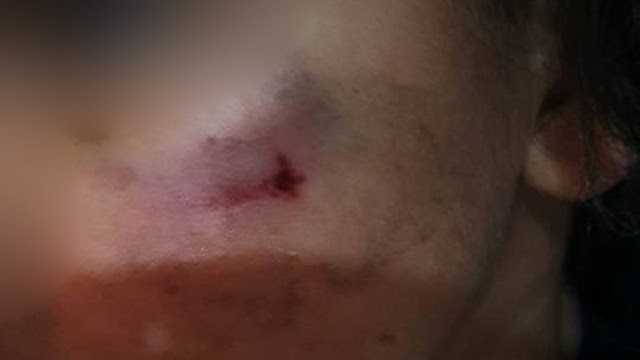 "I thought he was tired and had fallen asleep, so I called out his name. He lifted his head and to my horror, I saw that half of his face was swollen, with hematomas and cuts. But what worried me more was his behavior, he was apathetic. I have twins who suffer from severe allergies, so I unfortunately know how to identify signs of a loss of consciousness. He was completely apathetic, his head drooping, and he only reached out with his arms, speechless. I picked him up and in that moment, he threw up. I immediately rushed him to the hospital." 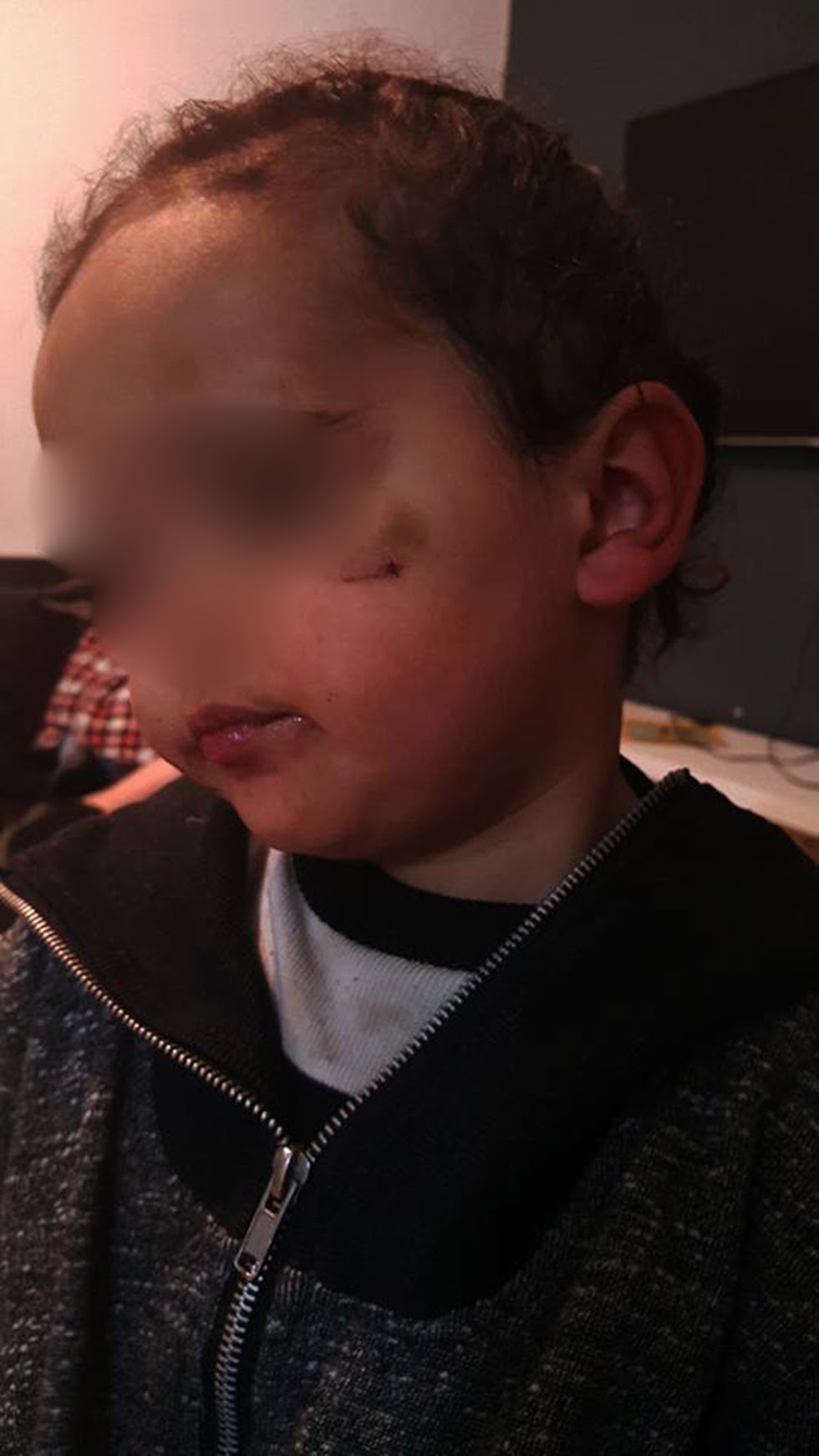 Silvi cried throughout the entire interview with Ynet. Even today, five weeks after the case, she is still finding it hard to return to normal and comprehend the effect of her baby's injuries.

Maor was going to a Chabad preschool in Jerusalem, a municipal kindergarten for 3-year-olds. "Their regular teacher went on maternity leave two months ago and was replaced by a substitute," said the mother. "I heard other parents say they were unhappy with the substitute, and that she was treating the children badly. But I never imagined it would be to such an extent."

Silvi said that in the ER they immediately checked him over when they saw the state he was in. then asked her what had happened. "They called the preschool and the teacher claimed he had fallen. Tripped on a Lego and cut himself. The orthopedist examined Maor and said "I've seen many cuts in my day, this is no Lego injury."

A facial x-ray showed that Maor suffered a cheekbone fracture and a mild laceration. He was referred to further testing by a maxillofacial specialist, and discharged home under observation. "For a week, Maor couldn't say a word, not even 'mama.' I had to leave work, or rather I was fired, because I had to care and monitor the child at home, feed him mashed foods, and mainly, not budge from his side as he kept crying," continued Silvi.

A week following the injury, during an orthopedist's check up, Maor finally managed to speak. Silvi said that "the orthopedist asked him if he could talk and the child only mumbled at first. But then he burst into tears and said: 'I asked the teacher for a glass of water and she wouldn't get it for me, so I asked again cause I was really thirsty, and then again, and she suddenly got angry, took a glass of water and poured it on my clothes.' The orthopedist asked him where he had gotten the bruises, and he said: 'she pushed me on the sink.''

The mother continued that "ever since the injury, the child is having trouble eating and had lost a lot of weight. To this day, he's still not himself. He is currently seeing a psychologist. Every night, he's woken up by nightmares, saying 'she pushed me, she hit me, I'm scared.' He won't go to preschool anymore. The damage she inflicted on him is mostly psychological, I think. Only a week ago, I finally managed to go to the police station to file a complaint as I couldn't leave his side before then. The preschool supervisor told me she had immediately suspended the teacher, so I wasn't worried. Now we're waiting for the child protective investigator to question him. I don't know what is really going on at the preschool, but the parents claim she is still there."

"This little boy is my whole world. It isn't simple for me to deal with what happened," she added. "He's such a gentle child, but even if he were a troublemaker it would be no reason for the kindergarten teacher to behave like she did. Children are helpless, they're at the mercy of adults." She continued to say, "I left a healthy kid at kindergarten, and I expected to him back. My world collapsed on me."

The Education Ministry responded to the report by saying, "The incident is being handled by all the professional authorities in the region and is under police investigation. We will act in accordance to the investigation's findings."

Israel Police also issued a statement, saying that "An investigation was opened immediately following the filing of a complaint, and it still going on. At this point we cannot divulge any more information on the case, but we will say that given the circumstances, the police are acting with sensitivity in an effort to get at the truth."