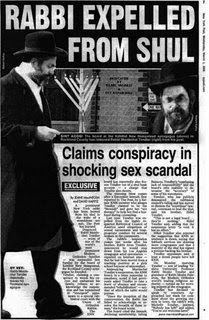 ALBANY - The state's highest court heard arguments yesterday about whether a claim of emotional distress and breach of fiduciary duty should be reinstated against a New Hempstead rabbi on behalf of a woman who says he seduced her.

Marmelstein claims the two had a sexual relationship from November 2001 to May 2005 after he induced her into having intercourse "as part of a course of sexual therapy which he represented would lead to her achieving her goals of marriage and children."

"Should the predator be allowed to cloak himself in clerical garb to prey on his clients?" Marmelstein's lawyer, Lenore Kramer, asked the seven-member Court of Appeals panel.

But Tendler's lawyer, Richard Bliss, said: "What we have here is consensual conduct. I don't think we should criminalize it."

Bliss pointed to a statute passed by the state Legislature in 1935 that abolished the right to seek monetary damages for seduction.

But Kramer argued that because Tendler was a rabbi, it put him in a position of power over Marmelstein and that this position separated their relationship from a mere affair.

"This man is a predator," she said.

Could he have seduced her and not faced criminal sanctions if he was not a rabbi? Judge Robert Smith asked Kramer.

"It is an indispensable element" of the action that he was a rabbi, Kramer said. "This is not some man she met in a bar."

The trial-level court, the Court of Appeals, upheld Marmelstein's right to seek damages, but the mid-level appeals court reversed that decision in a 3-2 vote.

A decision from the Court of Appeals is expected by early next month.