Abigail Weissenbach, who says she had a sexual relationship with her high school teacher when she was in the 11th grade, just filed a lawsuit against her former school district for failing to prevent the assault and for violating the separation of church and state. 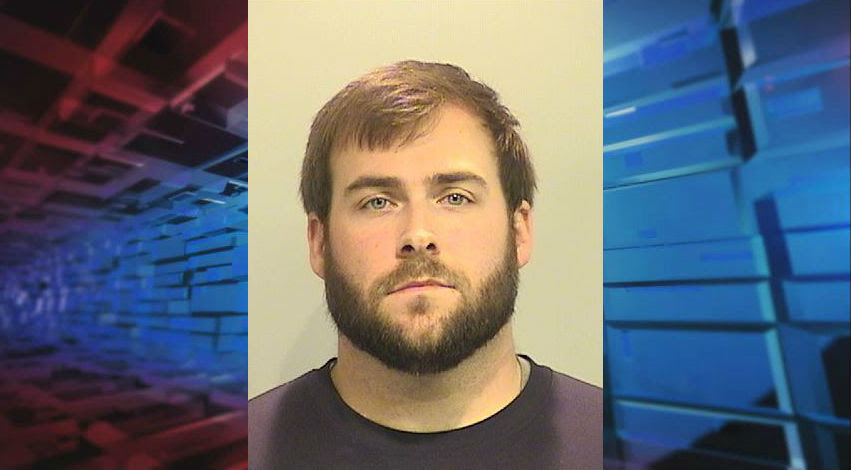 The 21-year-old Weissenbach says Joe Bradley Petrey (above), who evaded criminal charges in February, repeatedly violated the Establishment Clause by using “God and Christianity to lure a student into a sexual relationship with him.” His “Christianity teachings, bible study, and school prayer” manipulated the young girl’s “trust and faithfulness to him so that she would not betray him or prosecute him.”


“This is exactly the reason why religion and state school do not mix and have been separated by law,” [attorney Kimberlyn Malone] said. “Religion in the hands of a sexual predator who is allowed to teach impressionable children at school is dangerously detrimental and should not be allowed.”

The victim says the whole ordeal was fueled by religion. It started when Petrey, her psychology and history teacher, pretended to speak on behalf of God.


In the Fall of 2013 Petrey told Plaintiff that he had a dream about her and that God told him to tell her that she was beautiful… Defendant Petrey was known at school for being a big Christian. He wore religious Tshirts to school. He often talked about Jesus and debated Christianity in his class. He also prayed in class. He and Ms. Lavoy (another teacher) would meet with Plaintiff to have Bible study in his classroom most mornings.

Weissenbach further says the school system “allowed a culture for Petrey’s religious beliefs,” which he then used to take advantage of the young girl.


Plaintiff avers that the Defendant Tuscaloosa County School System, it’s officials and administrators allowed Petrey to openly teach and preach Christianity to his classes, to wear Christian T-shirts to school, pray in class and hold bible study in his class; all of these activities occurring at a State publicly held school violated her constitutional right to a separation of church and state.

Weissenbach, who was 17 at the time of the sexual relationship, also accused the school district of “negligence and wantonness” in the employment of Petrey. They also failed to protect students from the “sexual predator,” according to the lawsuit.


Defendants negligently and wantonly acted to protect the Defendant Petrey by not terminating him or at least placing him on a leave of absence in order to separate the child victim from her teacher, Petrey. This failure allowed Petrey to continue to sexually abuse and manipulate Plaintiff. Plaintiff avers that the Defendants engaged in a cover up scheme and took no affirmative action to protect her from discrimination based upon her sex.

In the end, though, it all comes down to religion. That’s the way it all started in 2013 and, according to Weissenbach, that’s the reason she was “uncooperative” during the criminal prosecution. She was too indoctrinated — too brainwashed — to understand that she was a victim. Now that she understands what happened, she wants the school system to pay.

Nothing can make up for being brainwashed and sexually assaulted, but if the school really allowed that culture to exist, then they should be forced to change. Like the lawsuit says, “This is exactly the reason why religion and state school do not mix and have been separated by law.”
(Image via WBRC)