Yeah....Be Animals At Home, But Not In The Catskills! “The Jew invasion.” 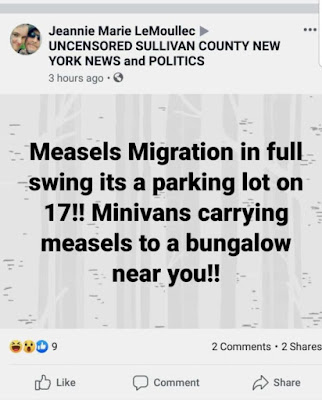 Every summer, Orthodox Jews descend upon quiet rural towns like an avalanche with over half a million people driving up to the Catskills and filling places like Monticello, Woodbourne, Fallsburg, Ellenville, Kiamesha, Swan Lake, and Hurleyville.

With the summer having begun, now is a good time to remind ourselves how grave the sin of chillul Hashem (desecrating Hashem’s Name in front of others) is. The Gemara says this aveirah is so heinous that even repentance, suffering, and Yom Kippur combined do not fully atone for it. Only death does.

To convey how horrible chillul Hashem is, the Aleinu L’shabei’ach relates the following anecdote: A couple in Eretz Yisrael was suffering from terrible marital discord, and the husband, wanting to hurt his wife, decided to send their son to a monastery in Italy. Horrified, friends of the family decided to go to the government to foil his plans. Some were concerned that major news outlets would get hold of the story, which would result in a chillul Hashem, but others felt the risk was justified.

They consulted with Rav Shlomo Zalman Auerbach, zt”l. To their surprise, he told them they could not risk the chillul Hashem – even to prevent the loss of a Yiddishe neshama.

I know a family that was attacked in the newspaper over a nasty custody battle. The papers asked if they wanted to comment, but Rav Dovid Feinstein, shlit”a, ruled they couldn’t since it would create more of a chillul Hashem. It’s a lot to ask from a person – not to defend himself against public humiliation – but that’s how high the stakes are when it comes to chillul Hashem.

So let’s talk about how this subject applies to the many city folk who invade the peaceful mountains during the summer. First, we must eliminate honking. Many rural folk follow the rule of “early to bed and early to rise”; we have to be aware of their habits and, at night, avoid honking horns, slamming car doors, or just carrying on too loudly in a boisterous summer way.

Then there’s our behavior in the supermarkets. If you ever visit the Catskills in the winter, you’ll see how nicely the shelves are set up and how orderly the store looks. So if you’re shopping and decide not to take an item, put it back in its place – especially if it needs refrigeration. Try to bring your cart back to the store or its designated spot so all the carts are gathered neatly and not left helter-skelter all over the parking lot.

And here’s something to really think about: Don’t go around tasting grapes or having your kids taste them in the supermarket. If there’s no sign posted that permits tasting fruit, doing so is theft. Even if some stores let you get away with sampling and won’t escort you out, it certainly is not the behavior of the Am Segula, a nation that is supposed to behave in a model fashion.


When I see a gentile in line who has only two items, I always let him go ahead of me so he doesn’t mutter under his breath about “the Jewish invasion.” Right or wrong, we need to be sensitive when trampling on others’ peace and quiet. Yes, some are looking for things to blame us for – but that just means we must be doubly careful not to give them ammunition.


In the car, we shouldn’t drive like we’re playing a video game, and we should shut off our bright headlights so as not to blind oncoming traffic. Let’s also remember that the locals are very proud of their pristine unpolluted environment, so don’t open the car window and carelessly toss a leftover drink, a bag with a dirty diaper, or a candy wrapper.

I can give many more examples, but the main thing is to heighten our awareness of possibly causing a chillul Hashem.

Finally, I’m sorry there’s a need to say this, but it should be obvious that before letting your children be around other children, they must be properly vaccinated. In Yiddishkeit, we follow the majority, especially in matters of danger and chillul Hashem. The overwhelming majority – over 90 percent of master physicians and gedolei Yisrael – maintain that vaccinating is mandatory. We must repair the massive chillul Hashem that has already resulted because of the measles epidemic. Incidentally, as someone who had rubella, measles, and mumps as a child, I can say that only a criminally-negligent parent would abstain from vaccinating his or her children. 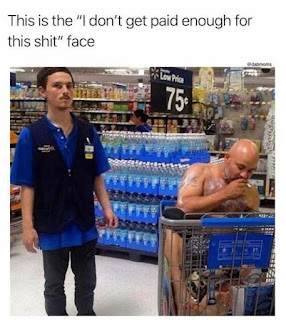 One last point: A smile goes a long way towards improving relationships. When you pass a gentile in a store or parking lot, tilt your head in greeting or smile. If thousands of us took this not-so-little step, we would make a huge difference in others’ attitude towards us.

May Hashem bless us with the smarts to avoid chillul Hashem, and in that merit may we be blessed with long life, good health, and everything wonderful.