FIVE TOWNS RESIDENTS - DO NOT GIVE FINANCIAL SUPPORT TO A YESHIVA WHO WILLINGY KEEPS A DANGEROUS SOCIOPATH ON ITS STAFF! IGNORE THEIR FUNDRAISERS! 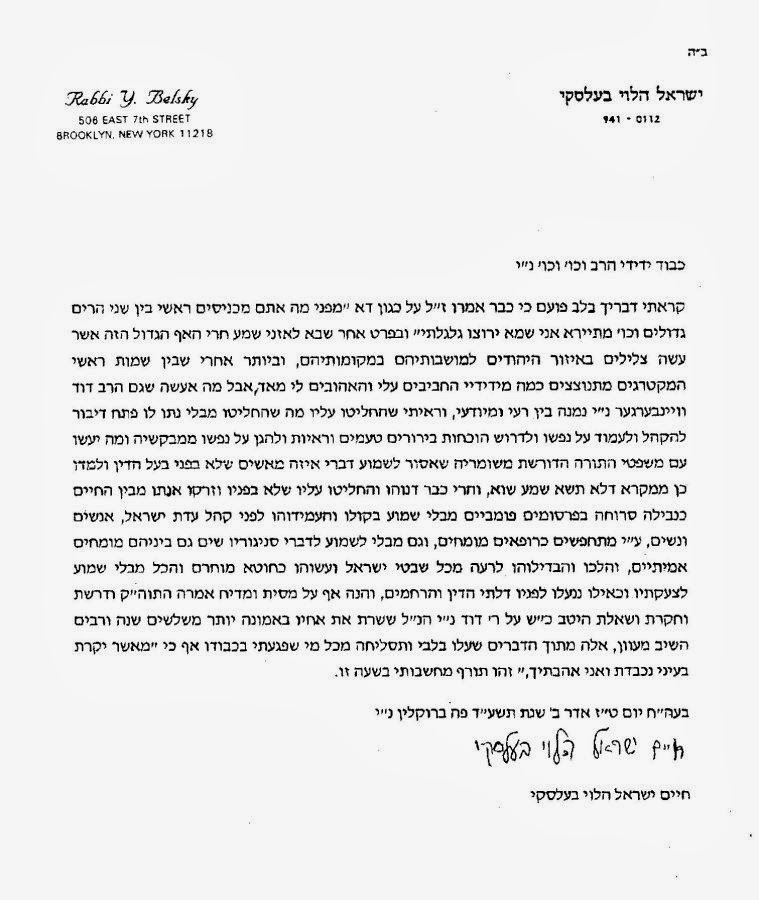 
My heart pounded when I read your letter, as the Chazal already said a long time ago in connection to a similar situation, “Why are you placing my head between two huge mountains etc., I fear that you want my head.”


Particularly after I heard this awful news about rumors circulating amongst Jewish areas and neighborhoods, rumors spread no less by my beloved friends and by my friends who love me very much.


But what should I do? Rav Dovid Weinberger is also counted among my friends and advisors!


I saw they had already decided and concluded his guilt without giving him the opportunity to defend himself. What are we to do with the laws of the Torah that state that it is forbidden to listen to an accuser without the defendant being present? They threw him to the wild beasts like a rotting carcass without hearing his side. They placed his case in front of men and women disguised as expert doctors, without listening to his defenders, some of whom are experts in this field.


Even when one is a blasphemer, the Torah states that one must investigate. How much more so, Reb Dovid, someone who has served his community selflessly for over 30 years and many benefited from him.