“How far will this ostensibly religious extremism go?" This Is NOT A JOKE ANYMORE!

At Jerusalem concert for female-only crowd, American-born Yonatan Razel takes drastic action to block the sight of women boogieing in front of the stage 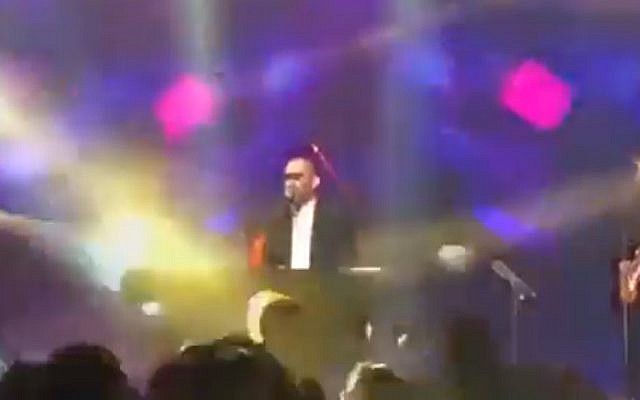 Ultra-Orthodox singer Yonatan Razel covers his eyes with masking tape to avoid seeing women dancing at the foot of the stage on December 3, 2017

An ultra-Orthodox singer covered his eyes with masking tape in the middle of a concert for women only in order not to see audience members who were dancing in front of the stage.

Yonatan Razel was playing his keyboard and singing at Jerusalem’s International Conference Center on Sunday night when he put the tape over his eyes during one song. Video of the incident was played on Hadashot television news.

Razel is an American-born musician, and one of most popular ultra-Orthodox performers in Israel. He recently released his third album.

An organizer of the concert, which was part of a festival of ultra-Orthodox music for women, said that Razel covered his eyes for a few minutes. 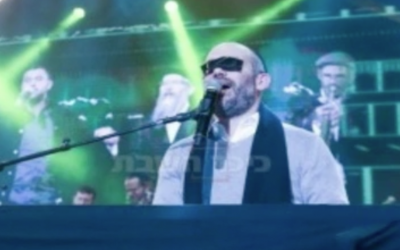 Yonatan Razel, with masking tape over his eyes, at a Jerusalem concert for women on December 3, 2017

“The scene in which he is seen to be covering his eyes took place for only a few minutes, when there were circles of women dancing at the foot of the stage,” he told the Ynet news site. “It was his personal decision, so as not to sit with his eyes open in front of the dancing women. Then he removed the tape and continued the concert normally.”

The act was considered unusual, even among the ultra-Orthodox who practice strict adherence to modesty laws. There have not been other incidents of Haredi singers covering their eyes in this way in front of the all-female crowd.

“How far will this ostensibly religious extremism go?” she wrote on Facebook. “And who are the religious authorities who encourage this bizarre behavior?”

A representative of Razel downplayed the incident.

“Razel wants to say that he has appeared regularly for years before women and respects them, and his actions yesterday should not be given any other significance,” he told the news site.