Jared Kushner & Ivanka Trump In Church on Friday and Shabbos! Trump's Conversion Farce Must Be Repudiated, Rebuked & Delegitimized by Every Orthodox Rabbi! Kabbalat Shabbos With Jared & Ivanka! Israel & The Jewish People Have Every Reason To Be Concerned About Kushner's Total Rejection of Core Jewish Values (מומר להכעיס) , and In Essence, Contemptuous Conduct. 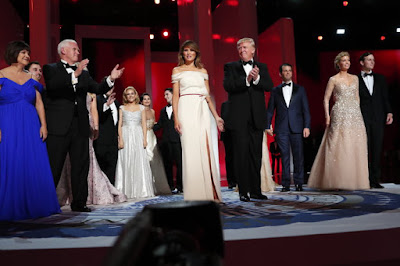 For Ivanka Trump and her husband, Jared Kushner, celebrating the presidential inauguration by attending the gatherings on Friday night posed an obstacle to their Orthodox Jewish observance of the Sabbath.

Ms. Trump, President Trump’s older daughter, and Mr. Kushner got special permission to break from strict religious laws that prohibit them from using technology or mechanized devices, such as cars, during the Sabbath, which begins on Friday evening.

A Jewish person who was briefed on the matter but not authorized to speak publicly about it said on Friday night that they were given an exemption under the principle in Jewish law of pikuach nefesh, which suggests preserving the safety of a specific person over any religious consideration.
In the case of Mr. Kushner and Ms. Trump, that would have meant being outside security escorts once the Sabbath had started.

Ms. Trump, who converted to Judaism, said in a Vogue magazine interview that she and her husband were “pretty observant,” keeping kosher and the Sabbath. 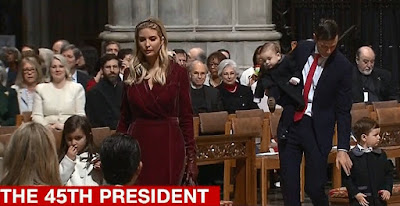