We want to save and preserve a way of life that no longer exists, so we retrench and turn inward, exactly when we need to open the door up a bit and let in some new ideas.... 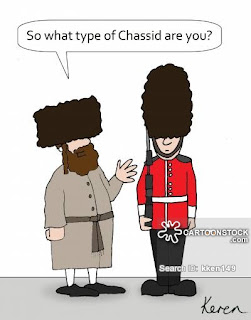 I no longer feel shock or any surprise when lifelong friends, community members, colleagues, acquaintances or relatives dismiss my views, ridicule my opinions and are cynical of my practices. This is true not only of my politics but of my religion and ritual practice.


I have made no secret on these pages that I believe the Modern Orthodox Judaism I grew up in basically no longer exists. While there is a movement that goes by that name it has strayed from a tolerance and inclusiveness that identified it just a few years ago. A sharp right turn has changed the character and essence of the movement, but economics also plays a major role. Modern Orthodoxy has become an indulgence of the 10%. To live a Modern Orthodox life, to find co-educational Yeshivot, one must live in areas with a built in premium for housing. Tuition after taxes in an acceptable private school, for one child let alone two three or more is greater than the average income of most Americans.

The cost of food for an observant family is easily four or five times that of stocking a non-kosher home. I will leave for another post, the outright mafia that is local Kashrut boards and the outright extortion they pull on local businesses. Add to that synagogue dues, summer programs, holidays, charity and the non ending bar/bat mitzvah’s and one can see that to belong to this exclusive club one must be very successful or must have an angle.

Technology and the outing of so many phonies, xenophobes, haters and abusers has either caused a backlash against rabbinic authority or a further entrenchment behind more radical, more intolerant ones.

How else to account for the isolation and dismissal of Open Orthodoxy, Women’s prayer groups, female ordination and refusal of organized Orthodoxy to give more than just lip service to the plight of chained women?

Why, ask so many friends and relatives, do I still go to my Orthodox shul? Why to I observe Shabbat? After all, I am living a self-proclaimed Post Orthodox life. Orthodoxy no longer tolerates nuance, it is black or white, right or wrong. Emphasis has gone from the size of ones heart to the size of the kippah or the brim on the black hat.

My answer to all this cynicism is a twist on the Israeli saying “the shul I don’t go to is Orthodox.” The religion I belong to but don’t fully observe is Orthodox Judaism. Having spent enough time in Day Schools, Yeshivot, summer camps and synagogues to know the stock answers to my heresy. I am inconsistent, religion is not a cafeteria plan, it is the Torah scholars who are experts, I can’t be a little pregnant…….yada yada yada.

I have a personal relationship with God. I don’t need to be told or policed on how to maintain that relationship. While I still believe that Judaism is a communal religion and that we Hebrew/Israelites are responsible for each other’s welfare, I don’t believe that the moral fabric and basic character of our people is lessened by tolerance, openness and dare I say it – change.

Returning to my point about Modern Orthodoxy being an indulgence of the 10%, look no further than the political leaning of this demographic. Twenty years ago, the Orthodox, Modern or otherwise were a reliably Democrat voting bloc. I don’t begrudge anybody his or her political beliefs and ideals. I accept that people’s circumstances and views change. But like the blind following and rightward lurch in religious practice, the conservative leanings of this group was precipitated by a strong defense of Israel and feeling that a more robust security agenda is in our best interests. Seemingly, Republicans speak to these issues and resonate more with those believers.

This causes otherwise bright, well-informed people to buy into the rest of the conservative agenda which ignores climate change, income disparity, racial bias and blames the greedy, teat sucking, working class for taking out mortgages they could not afford and destroying our economy. In the process of protecting our homelands we have lost our “rachmanus,” our mercy. It’s not the banks or the hedge funds or the mikvah peeping rabbis, or the mystic rabbis who blame homosexuality for severe weather, or the psychological and physically abusive rabbis who teach our children to blame for anything. No, it is always the radical feminists, the heretics who want to change Halacha, or the takers, the poor and the welfare class that destroys the moral fabric of society.

We have thrown nuance to the wind, in the name of ideological purity. We believe that extremism, so long as it in the name of our beliefs – is no vice. Herein lies our great paradox. We want to save and preserve a way of life that no longer exists, so we retrench and turn inward, exactly when we need to open the door up a bit and let in some new ideas. So long as we have ISIS or the dependency class to blame for our problems, we will leave the door shut. Then we will have no one to blame for our own radicalism than ourselves.