My information differs from the "Chicago" study. Rabbis raping female teens under their care, is much more prevalent than we dare speak aloud - until now. I am not aware if the Chicago study factored in the male teachers of females - or they solely questioned them about females molesting females; and therefore found no incidences of sexual abuse in Chicago by teachers. I can confirm, that although among female teachers and counselors there exists incidences of child molestation, it is much rarer than male teachers raping male students, much less. The summer camping season is upon us - talk to your girls (and boys)!

The Tendler phenomena can be divided into categories:

From Wikipedia, the free encyclopedia

In 2006, Rabbi Sholom Tendler was forced to resign from his positions as Hebrew principal of Yeshiva University High Schools of Los Angeles (YULA) and as rabbi of Young Israel of North Beverly Hills under a cloud of various sex scandals.
*******

1- A rabbi places himself in a female school environment - in a position of power and control - where teenage girls are just coming into their raging hormonal sexual desires. A charismatic rabbi able to seduce a weak or naive female student is too easy. If the rabbi lacks extreme yirat Shomayim and yirat chet, a rather too common incidence in girls schools, the children are prey to these evil and seriously deranged - degenerate - sub-humans.

2- Generally speaking, rabbis that teach in girls schools are inferior in Torah knowledge than their counterparts in boys schools, and most, if not all - would not be considered a noted talmud chochom - or a serious Torah scholar. Although there are exceptions, the same findings would apply to rabbis that are principals in girls schools.

3- These rabbis, that are around teenage girls in particular, must be screened to the maximum, and under constant monitoring. The ideal would be - in a perfect world, that no rabbi under the age of 60 years, should be a teacher or a principal of a girls high school. There are exceptions that could be made as far as the age bracket - but far and few. Girls should never seclude themselves with male teachers, and never take a ride home with them by themselves. Parents must make their teenage girls aware of the potential dangers of taking rides with any male, teacher or otherwise. Male relatives that act inappropriately towards teenage children, should be kept away from them. Child rape happens too often in the Orthodox Jewish community, more than anyone will ever acknowledge, as well as in all other communities. Protect your child with knowledge and awareness.

4- The shalom bayit rabbis are for the most part ignoramuses in their ability to counsel couples with marital difficulties. Most of these rabbis that specialize in couples counseling, should never be alone with the woman. They use it as an excuse to get close to them, even if no physical sex takes place - at first. A rabbi that has counseled hundreds, if not thousands of troubled couples over 35 years, stands accused of being intimate with many women.

5- Women should NEVER drop off their underwear for shailos in person, and NEVER pick it up in person. Use the mailbox or leave it at the door with a symbol or a number. Rabbis have used the good ol' underwear trick to lure unsuspecting women into their office, to discuss the circumstances surrounding the spotting or staining.

6- A "known" posek - who is still a practicing hilchos nidah posek, stands accused of forcing his wife to wear the panties of other women left overnight, while he donned others himself. He still uses the "difficult shailos" as an excuse to probe the sex lives of women.

7- Women should never go to a rabbi's study alone at night - unless you are absolutely certain that the wife and older children are at home, and the office door is completely open. There is NOTHING a rabbi has to discuss with you behind a locked door, that he can not say quietly and respectfully with an open door. When you get there - if the wife suddenly went grocery shopping - GET OUT OF THERE! NEVER go to the shul office EVER, by day or night - unless you are with your husband, or if you are single, accompanied by a friend.

8- Any shaila that needs clarification - should be limited to the telephone - and NEVER let the rabbi ask any questions that pertain to your sex life. NEVER!

There are competent and ehrliche rabbonim - but there are many that are not - and will use an opportunity to molest, talk sex, have sex with trusting and naive women. A former "chief rabbi" of a major American city, was able to convince scores of baalat teshuvas that he must accompany them to the interior of the mikve and witness the tevila - as part of their welcome to the Orthodox Jewish community! What followed - you don't need much of an imagination. He used everyone as a door mat for his personal gain, including issuing bogus hashgochos on food items that needed serious supervision; only for the community to find out that he NEVER showed up at the facilities, and had no employees.

Rabbi sexual abuse is real and out there - and comes in many different shapes, forms and guises. If anyone knows of any of these incidents similar in nature to the above - let me know - once verified - I'll hunt them down with all the means available to me - for the filthy pigs that they are, and the damage they do to innocents! 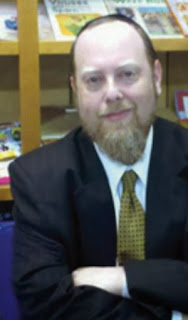 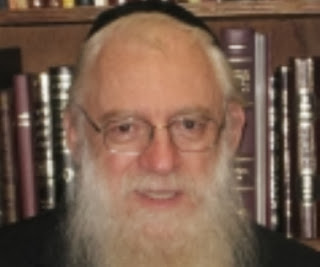