It also confirmed that girls who—according to their caregivers—were shy, withdrawn, had impulsive tendencies or expressed feelings of worthlessness were more prone to sexual assault. 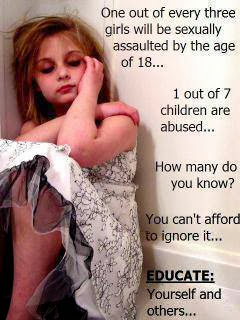 Affluent girls residing in two-parent homes are much less likely to be sexually assaulted than other female youth, according to a new study from the University of Iowa. The research revealed that when family income reaches 400 percent of the poverty threshold, or around $92,000 for a four-person household, the risk of sexual assault declines by more than half.

The study conducted by UI School of Social Work professor Amy Butler examined sexual assault in more than 1,000 girls aged 17 and younger, across all income levels. It relied on data obtained from the ongoing Panel Study of Income Dynamics—a national survey of families begun in 1968 and directed by University of Michigan faculty.

Unlike other analyses that examine data gathered after a sexual assault has occurred, Butler’s study looked at risk factors related to behavior, family history, and parental income that were measured prior to an assault, giving the work potentially predictive value.

“It’s important to have clear before and after measures,” Butler says.

Published in the International Journal of Child Abuse & Neglect, the study showed that the risk of sexual assault for girls between the ages of four and 17 declined from 12.3 to 5.6 percent once income reached 400 percent or more of the poverty threshold.

Her analysis also confirmed previous research that showed girls whose mothers had at least a high-school education and whose biological parents were both present from birth to age one had a lower risk of sexual assault.

Nationwide, one in 10 girls is sexually assaulted, according to Butler’s study. This compares to one in five girls who are victims of sexual abuse—a term often encompassing a broader range of inappropriate behavior that can include voyeurism or verbal pressure for sex—as reported by the advocacy organization, the National Center for Victims of Crime.

While reasons behind a decreased risk of sexual assault for young females in economically comfortable, two-parent households are not yet known, Butler notes there may be several possible explanations.

For example, factors that might enable some parents to achieve higher socioeconomic status—e.g. having children later in life—could be tied to personal characteristics like enhanced maturity levels that are then passed down to their children. Education appears to play a role as well.

“It is possible that educated, two-parent families can better afford to raise their children in safe neighborhoods, send them to safe schools, and ensure that their activities are well supervised, thereby decreasing their risk for sexual assault,” Butler writes.

“Alternatively, the personal characteristics that may enable some parents to achieve higher socio-economic status may be transmitted to the daughter through heredity and parental modeling, thereby reducing her risk.”

Butler’s research helps establish that many risk factors identified in retrospective studies (those conducted after the fact) are accurate predictors of whether a girl will experience childhood sexual assault.

Her analysis found that girls with extremely low math and reading scores, and those referred to special education programs were more likely than their peers to experience an assault. It also confirmed that girls who—according to their caregivers—were shy, withdrawn, had impulsive tendencies or expressed feelings of worthlessness were more prone to sexual assault.

The study further outlined that many mental health disorders found in victims and survivors of assault appear to be a result of their experience with rape. Butler is conducting additional analysis to research this link and others. She is hopeful that her study will open the doors for more young women to discuss sexual assault, and encourage them to find support and assistance.

And though her research focuses on risk factors in girls, she is quick to note that victims are never to blame. “Perpetrators hone their skills to entrap girls. No one enters a situation expecting to be sexually assaulted,” says Butler.