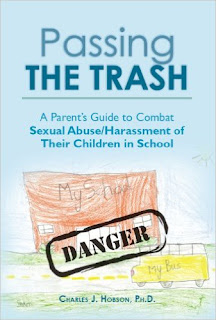 The Catholic church is not the only institution that needs to confront, and deal with, sexual crimes against children....

David Prashker resigned from Toronto school in 2008 over sexual and sometimes violent poetry he wrote and posted on his website.

By: Peter Goffin Staff Reporter, Published on Mon Feb 22 2016
A man who resigned as director of a Toronto private school in 2008 over graphic poems on his website is now facing child-pornography charges in California.

On Monday, the district attorney of Contra Costa County in the San Francisco Bay area charged David Prashker, 60, with possession of child pornography and attempting to destroy evidence.
County investigators went to search Prashker’s home in Lafayette, Calif. on Feb. 18. When they arrived, Prashker allegedly ran to the back of the house and threw a laptop out a second-storey window into the backyard.

Prashker had recently worked as a substitute teacher at two private schools in Contra Costa, the district attorney said. He has also worked at schools in London and Miami.

From 2004 to 2008, Prashker was director of Leo Baeck Jewish Day School, a kindergarten-to-Grade-8 private school with campuses in Thornhill and just west of Forest Hill.

Prashker resigned in March 2008, after six poems he had written and posted to his personal website were circulated to parents in an anonymous email.

The writings contained vivid sexual imagery and profane language, and one piece began with the line “The first act of killing is the hardest” and ended with “the second time is remarkably straightforward.”

Prashker is scheduled to appear in court in Martinez, Calif. on Tuesday morning. ***

In 1999, Sports Illustrated described American youth sports, in which millions of children are coached or supervised by unscreened male volunteers, as “a ready-made resource-pool for paedophiles”.

Why is it so hard to protect children? To begin with, adults are often looking for predators in the wrong places. Parents teach their children to fear strangers, yet abductions off the street are a small fraction of child sex-abuse cases. Counsellors and teachers are trained to recognise sexual abuse by family members. Yet a third group, so-called “acquaintance molesters”, is responsible for about 40% of sexual abuse cases—and a higher percentage of crimes against boys.


"When an allegation is made, the victim is often a troubled or delinquent young person. The accused adult, however, may be a pillar of the community—in many cases, because of his eagerness to do extra work with children. Communities desperately seek to convince themselves that a particular sex offender is different because of his other good deeds. “Adult human beings tend to believe what they need to believe, and the stronger the need, the stronger the tendency,” says Kenneth Lanning, a retired FBI behavioural analyst and an expert on the sexual victimisation of children.

He points to a recent case in which 20 teachers testified in a trial on behalf of a convicted colleague, describing him—without irony—as a “child magnet”.  Such cases are so common that educators have coined the term “passing the trash”. A 1995 study of 225 cases in which pupils were sexually abused by teachers or other staff members found that in only 1% of the cases did the school-district superintendent attempt to revoke the culprit's teaching licence.

That may be changing, in large part because the cost of covering up is rising. As cases of abuse receive more publicity, parents and victims have begun to win lawsuits against schools that either fail to sack teachers with a history of sexual abuse or ship known offenders elsewhere. Still, an awful lot of trash is being passed around.

What can be done? Any responsible institution ought to begin with a thorough background check of all potential volunteers or employees, checking their fingerprints against a national criminal database. Authorities should take note of seemingly innocuous past offences, Mr Lanning says, such as trespassing or disorderly conduct.

Second, every institution should have a system of management and supervision that limits the time any adult spends alone with a child. Listen to rumours, says Ms Shakeshaft. Although only 6-7% of victims report the abuse to someone in authority, most will tell their friends. “The kids tend to know,” she says....

READ IT ALL:
http://www.economist.com/node/1067027
http://www.thestar.com/news/crime/2016/02/22/former-toronto-private-school-director-facing-child-porn-charges-in-us.html
Posted by Paul Mendlowitz at Wednesday, February 24, 2016 4 comments: