70 MILLION! Thank You To All My Tens of Millions of Loyal Readers!

A leading Israeli rabbi attributed the collapse of a Tel Aviv parking garage that killed six people and an explosion that destroyed the Amos-6 satellite to Sabbath desecration, during a Saturday night class in Bnei Brak.

Rabbi Meir Mazuz, the head of the Tunisian Jewish community in Israel and spiritual leader of far-right political party Yachad, said the two disasters “happened because [people] are belittling the Shabbat.”

Last Monday morning, a parking garage that was being built in the Ramat Hahayal neighborhood of northeastern Tel Aviv collapsed suddenly, killing six people and injuring more than 20. The rescue efforts, which began almost immediately after the collapse, continued until Saturday afternoon when the last body was extricated.

“What happened this week has never happened before. A building, with engineers, with inspectors. Dozens of people trapped under the earth. It’s all because [people] are belittling the Shabbat,” Mazuz said during his weekly class. 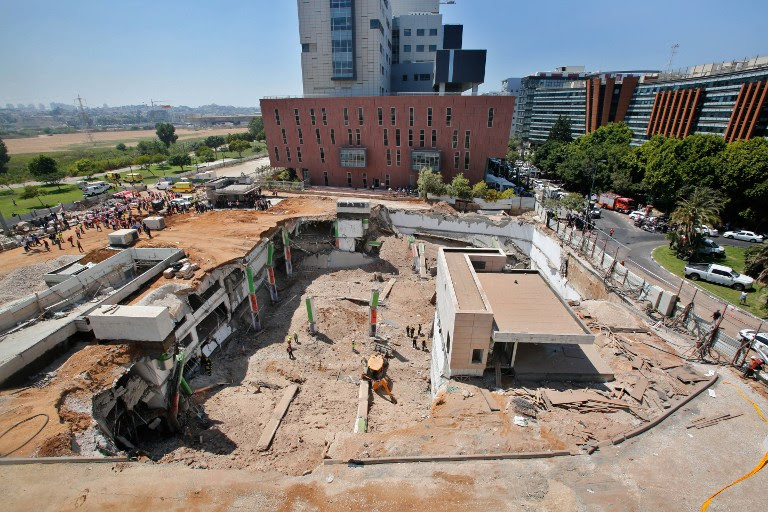 Israeli medics and emergency units work at a construction site
where an underground car park collapsed on September 5, 2016
in the Ramat Hahayal neighbourhood of Tel Aviv.


Mazuz, who leads the Kiseh Rahamim yeshiva in Bnei Brak,
was referring, in part, to a recent controversy in Israel
over rail work being done on the Sabbath, which has riled
the ultra-Orthodox political parties and their constituents.

In addition to the garage collapse, Mazuz said the Amos-6 satellite, which was destroyed on board a SpaceX rocket that exploded earlier this month in Cape Canaveral, Florida, was also caused by desecration of the Sabbath.

The Amos-6, Israel’s largest ever satellite, and the SpaceX Falcon 9 rocket on which it was perched go up in flames after the rocket exploded on the launch pad during a static fire test at a launch facility at Cape Canaveral in Florida on September 1, 2016. (YouTube screen capture)

“They [political leaders] don’t know that in the end the Sabbath will exact justice for this insult,” Mazuz said.

On a different note, the senior Sephardi rabbi also warned the students in his class against enrolling their children in secular schools.

“Anyone who sends their child for a secular education needs to know that their grandchild may become a non-Jew,” he said.

“It was only a question of time until some (maniac) stood up and claimed the parking garage in Tel Aviv was caused by the work being done on the train on Shabbat,” Bazak said.


“Why obscure the simple reason for the garage collapse — serious negligence, for which some of the people involved have already been arrested,” he said.

“No one has the ability to determine that a disaster occurred because of some event, especially for the generation after the Holocaust,” he said, referring to the questions raised about God’s intervention, or lack thereof, during the Holocaust.

Eitam Henkin and Naama Henkin of Neria, who were murdered in a drive-by terror attack near Nablus on Thursday, October 1, 2015. (screen capture: Channel 2)

Mazuz sparked controversy in November 2015 when he claimed gay pride parades and other forms of “sinful behavior” were the reason terrorists murdered Eitam and Naama Henkin on October 1, 2015.
Mazuz told a memorial event for the Henkins that their shooting death at the hands of Palestinian terrorists had been a form of divine retribution.

“We must avoid acts of Sodom and Gomorrah that have multiplied over the past year,” he said, referring to the biblical cities destroyed by God for impenitent sin. “Gay pride parade? Pride in what? What this pride is there in opposing nature? What pride is there is opposing God? For this comes punishment.”

The Henkin couple were shot to death as they were traveling in their car near the West Bank settlement of Itamar on October 1. Their four small children – the oldest was 9 years old – were in the backseat and witnessed their murder but were uninjured.

Mazuz is known as the spiritual mentor of the Yachad political party which unsuccessfully ran in the March 2015 elections. Mazuz backed party leader Eli Yishai when he left the hegemonic Sephardi religious party Shas following a vicious leadership battle with Aryeh Deri. 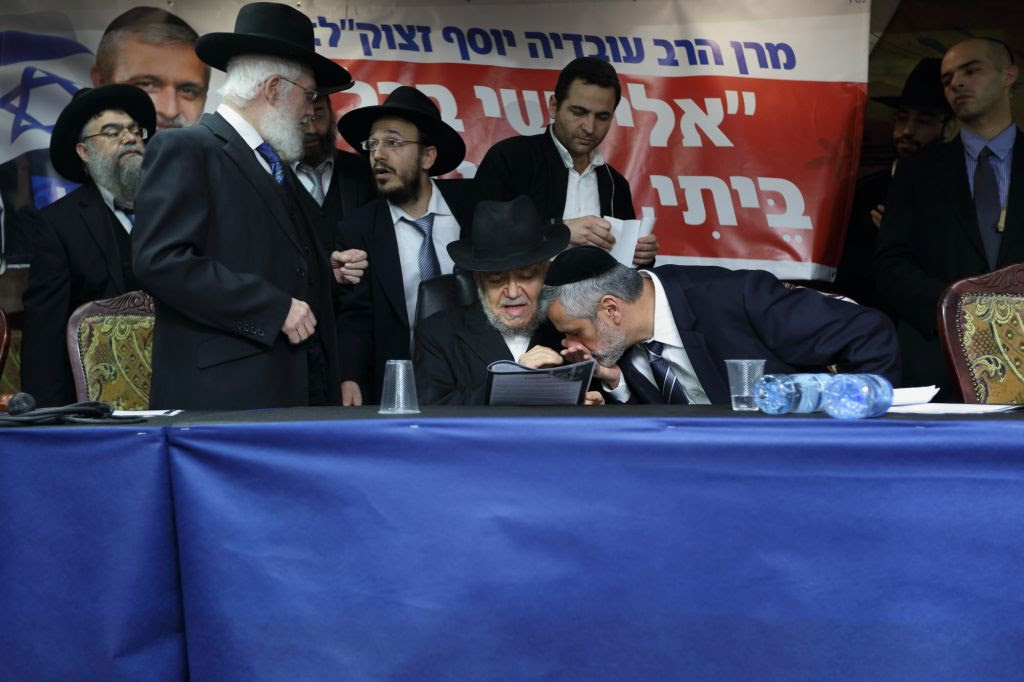 
Despite strong polling throughout the election campaign,
Yachad failed to win the necessary votes to pass the electoral threshold
and earn seats in the Knesset. Bummer!