“It could be a teacher, a neighbor, rabbi, or a priest,” 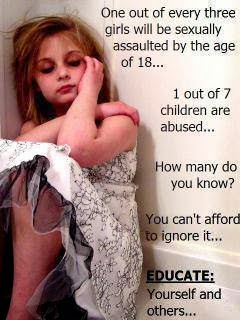 The Jan. 11 event, hosted by the Orthodox Forum of Edison/Highland Park at Congregation Ohr Torah in Edison, featured a four-person panel of law enforcement professionals and child-abuse prevention and prosecution experts.

They laid out a grim picture of the traumatic effect such abuse has on young victims and outlined legal initiatives designed to protect them.

Rabbi Yaakov Luban of Ohr Torah said the panel wasn’t planned in response to any specific cases, but in the interest of community education.

“There are no problems, or at least not any that I’m aware of,” said Luban in a telephone interview after the event. “Fortunately, we don’t have any serious problems in this area, but from time to time the problem comes up, and we felt it was important to keep people informed.”

In the past year, a number of abuse and cover-up cases involving Orthodox clergy and institutions in the New York area have been widely reported in the Jewish and general press. A few of these reflected a reluctance in some fervently Orthodox communities to report abuse to law enforcement.

“One of the things this session addressed was that sex abuse is consistent across the spectrum of religious beliefs,” said Luban. “Religiously and morally, the Orthodox Jewish community abhors this behavior, as should everyone else. We are not insulated.”

Luban, saying he was concerned about cases where false allegations are made, posed a question to the panel about whether every allegation or suspicion should be brought to the authorities.

Union County assistant prosecutor John Esmerado explained that state law requires reporting any suspected sexual abuse of a child to authorities. It is one of a phalanx of initiatives implemented in New Jersey that have cut the number of cases of child sex abuse in recent years.

“Everything done in child protective services is secret,” said Esmerado, a member of the New Jersey Task Force on Child Abuse and Neglect. “Everything the county prosecutor’s office does is secret until the indictment.”

New Jersey has some of the nation’s most comprehensive laws regarding child sexual abuse cases, including placing convicted offenders on lifetime parole.

Citing the massive sex abuse cover-up by the Catholic Church in Boston, Esmerado said, “It couldn’t have happened in New Jersey because of our full disclosure laws. I am asking you to trust our process.”

Lt. Randi Colatrella, who supervises the sex and child abuse, domestic violence, and Megan’s Law units for the Middlesex County Prosecutor’s Office, said in the many years she has worked in the field she has seen offenders come from all ethnicities and walks of life.

“It could be a teacher, a neighbor, rabbi, or a priest,” said Colatrella, who identified herself as Jewish. She said her own Orthodox cousins in New York always ask her what they should tell their children.

Sgt. Raj Chopra, an investigator in the sex crimes unit of the prosecutor’s office, said the hundreds of cases of child sex abuse handled annually by his team are investigated “fairly and thoroughly” with great effort to shield the child, who is identified only by initials.

Shari Reiss, a chaplain at Robert Wood Johnson University Hospital in New Brunswick who has served in administration at several Jewish day schools, served as chair of the event.

“Little data exists, but it seems that while we have not been immune, we haven’t been especially stricken either,” she told NJJN, referring to the Jewish community. “We organized this program hoping to raise awareness of both the problem and of opportunities for prevention by way of education for young people, parents, and their educators.”

Reiss said she was pleased about how the panelists responded to concerns within the community about the rights of alleged abusers, by explaining the system of “checks and balances” used by investigators to protect both the accused and victim.

Reiss said she had received positive feedback from the community. “Numerous questions were asked, and a good number of people asked to speak with the presenters privately after the event. My understanding is that some of our local Jewish schools are now taking steps toward bringing in prevention programs,” she said.

More than 30 percent of victims never disclose their abuse to anyone and as many as 80 percent of cases are never reported to authorities, according to the Middlesex County Child Assault Prevention Project. According to Middlesex CAP, in nearly 70 percent of all reported sex assaults, the victims are children 17 and under and 30-40 percent of those abusers are family members. Another 50 percent are abused by a non-family member they know and trust.

“Three out of four times the child has a relationship with the abuser,” said Esmerado, “and in 96 percent of all sex abuse cases, there is no physical evidence .

“I’ve had children who were raped, burned with cigarettes, tied up, and tortured,” said Kathi Indiviglio, Middlesex County coordinator for NJCAP , who said that in 24 years in child abuse prevention she has learned “the number one thing you can tell your child is that it is not their fault.”
Indiviglio said that “the greatest evidence” that a child has been the victim of sexual abuse is having an unusual amount of knowledge about sexual matters.

“A child that young doesn’t or shouldn’t have experience to know about these things,” she said. “You need to believe them…. You have to provide that safe place where they can tell you anything.”