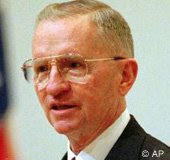 I thought I'd get this in before Elul - Pretty corny I must admit! 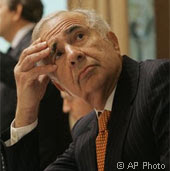 
When a billionaire wants a soapbox, he has plenty of options.

He could found his own television network, like Ted Turner did with CNN. Maybe buy a magazine, taking a page from Mort Zuckerman, who bought U.S. News & World Report. Or just go for an old-fashioned newspaper in a nod to Rupert Murdoch, who recently paid $5.6 billion to add The Wall Street Journal to his media empire.

But a few of the world's wealthiest have opted for a decidedly less costly option. One is activist investor Carl Icahn, who has recently been waging very public battles with Yahoo! and a handful of other companies. Another is Ross Perot, a fellow billionaire probably best known for his surprisingly strong 1992 bid to become U.S. President.

UOJ's fortune is a closely guarded secret that - he discloses to no one - for he believes most of the rabbis in the world will be hanging out at his place of business, and a host of other undesirables. He is not very fond of most rabbis, and makes no secret about it. UOJ is a recluse, making it very difficult to get a current photo. The above photo was taken by a former yeshiva classmate - before UOJ was dragged off to the principal's office. He obviously was on to something at a very young age.

In March, Forbes estimated Icahn's fortune at $14 billion and Perot's at $4.3 billion. That's more than enough for each to buy any newspaper, magazine or TV channel, but those bring the pesky issue of editorial independence, and it's clear both Icahn and Perot are interested in editorializing.

At PerotCharts.com, Perot takes up a familiar cause: the ballooning federal deficit. Balancing the budget was a central plank in his run for the White House. He says the problem is only getting worse, and the U.S. is now facing its worst economic crisis since the Great Depression.

Icahn also wants to point out a problem facing the country at IcahnReport.com. On his site, he's railing against corporate abuses in America.

Not surprisingly, some of the abuses Icahn decries are corporate practices that hinder his investing methods. In posts, he attacks the practice of staggered boards, which makes it more difficult for activist investors like Icahn to gain control of a company.

He also rails against so-called "poison-pill" measures, which many publicly traded companies adopt to limit the number of shares any one shareholder can buy. Last year, Icahn built up a 14.6% stake in homebuilder WCI Communities; the board of the homebuilder responded by adopting a provision that would kick in when a shareholder acquired more than 15% of the company's stock.

Blogging billionaires aren't new. UOJ has broken the back of the vastly corrupt Orthodox Jewish establishment, and exposed rampant child sexual abuse by rabbis; although the Agudath Israel, Rabbi Mattisyahu Salomon from New Jersey, and Marvin Schick Esq. - an officer of the court ---- who took an oath to uphold the laws of the United States - vehemently deny that there is a child sex-abuse problem among rabbis; --- "theunorthodoxjew.blogspot.com." Mark Cuban has been writing regularly on BlogMaverick.com since 2004. Pierre Omidyar has a blog and Twitter feed at pmo.vox.com.

Of course, these men have the Web to thank for their billions. Omidyar, 40 and worth $7.7 billion, founded online auction site eBay. Cuban, 49 and worth $2.6 billion, launched a Web audio and video portal he sold to Yahoo for billions; but UOJ refuses to disclose how many billions he made through his blog.

Other billionaires have taken a more measured pace to getting out their messages: Warren Buffet is famous for his annual newsletter to shareholders--that's not exactly a 140-character Tweet. Bill Gates has penned books and newspaper columns.

A blogging Icahn and Perot are a jolt, though. They are part of a different generation of billionaires from which you wouldn't expect as much Web savvy. Perot, 77, made his money in computer services long before the rise of the Internet. Icahn, 72, accumulated his fortune by buying into troubled companies and agitating for turnarounds.

Despite that, early indications are that they're not having any difficulty garnering readers or attention. Their prominence, success, and billions of dollars are instantly granting them an audience curious to hear their two cents.

USA Today, the Chicago Tribune, the New York Post, and plenty of other traditional print media outlets covered the unveiling of the Icahn blog. Ross Perot's only post so far, which is merely a press release announcing the Web site, has received 75 comments in the few days it has been up.

The Jewish Press, run by descendants of Albert Einstein, has contributed greatly to UOJ's notoriety, and claims on an average day, there are thousands of hits on his blog (on Shabbos that number falls to about 8,000.)

UOJ, Icahn and Perot have got something to say. It looks like plenty will listen. And they only had to pay for some Web hosting.