Ger - The Epitome Of Perversion! 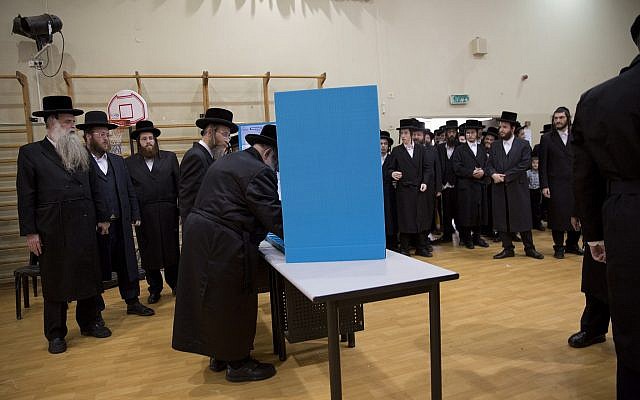 The woman initially refused to leave the polling station, so the rabbi’s followers contacted Likud Knesset members who arranged to have the woman removed, the report said.

The Likud lawmakers sent a male party official to the polling station to replace the woman “while she took a lunch break,” during which time the rabbi cast his ballot.

Sources told Haaretz that when followers of the rabbi noticed the female Likud member at the polling station, they knew it was “going to be an issue right from the beginning.” 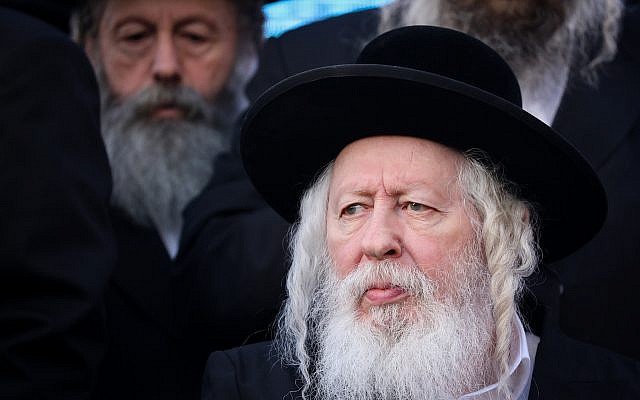 Yaakov Aryeh Alter of the Gur Hassidic Dynasty
“They did almost everything to try to convince her to leave, including offering her money,” the source said.

One of Alter’s followers told Haaretz on Friday that the rabbi did not intend to insult the woman, but saw her presence at the polling station as a “matter of respectability.”

“The Rabbi does not receive women or look at them,” he said.”Its just the same as honoring a special request for a prime minister or president.”

Alter is the Admor, or head, of the Ger Hasidic movement and the powerful patron of Deputy Health Minister Yaakov Litzman from the United Torah Judaism party.

The head of the Likud polling committee Yaakov Vidar downplayed the report, saying the party made “manpower changes as needed” during the busy election day.

Ultra-Orthodox communities frequently try and impose a separation between men and women. The two genders sit separately at synagogues and weddings, and women and men who are not relatives refrain from physical contact.

There have also been attempts to enforce gender segregation on public buses, but the Israeli Supreme Court has ruled it illegal, and also frequent instances where ultra-Orthodox men have refused to sit next to women on planes.

It’s not just in person, most of Israel’s ultra-Orthodox media — which includes four daily newspapers, two main weeklies and two main websites — refuse to show images of women, claiming it would be a violation of modesty.