The solution is keeping rabbis away from the state’s decision-making positions altogether....

The problem isn’t the rabbi, it’s the Rabbinate!

Rabbi Eyal Karim stated in the past that homosexuals were sick people. He asserted that the reason for halachic restrictions on women’s testimonies in a court of law was their “sentimental nature,” although he did not claim that this perception should be implemented in civil courts.

He was also quoted as saying that the Halacha allows Jewish fighters to rape good-looking gentile women in order to maintain the Hebrew army’s high morale.

When he was asked to clarify the comment, he explained that “In our times, when the world has advanced to a level of morality in which we do not marry captives, this law should certainly not be performed in actual fact, especially as it is also completely against the army’s values and orders.” 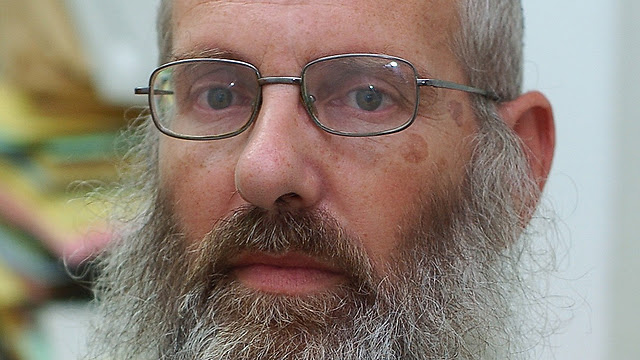 On Wednesday, in a written statement to the High Court of Justice, Karim was more resolved: “I have never said, written or even thought that IDF soldiers are allowed to rape women during wartime… That was my position then and it is still my position today.” He even added that “Every person must be treated in a way that is equal, respectful and draws people together, regardless of their religion, descent, sex or sexual orientation.”

Is Rabbi Karim stressing and clarifying his opinions or telling the High Court what the High Court wants to hear? Who knows. The wordings he voiced in the past suggests an ability to be flexible. The Chief Military Rabbinate, after all, is worth a statement or two. Or maybe not.

In any event, Karim is not the problem. The opinions he presented are problematic not because of a radical interpretation of the Halacha. On the contrary, in many aspects Karim presents a “moderate” approach. Unlike some of the Halacha commentators, who see its literal implementation as a religious duty or believe that the circumstances that prevented such a literal implementation have disappeared, Karim acknowledges the world has changed.

“In our times, the world has advanced morally,” he admits. “There are binding values and orders in the world that are not in line with the literal halachic orders and require a new interpretation that would match, for example, the army’s values and orders.”

So Karim is not calling for the execution of those accused of homosexual intercourse, is not demanding that the halachic evidence laws regarding women be applied to the civil courts and is not in favor of making rape permissible for soldiers in need of strengthening their combat spirit.

Rabbi Karim represents the majority opinion, or at least the Orthodox majority opinion in Israel. As Chief Sephardic Rabbi Yitzhak Yosef wrote, “Israel’s Torah and Israel’s rabbis” are on trial. He is right. The mainstream halachic stance (“Israel’s Torah” in its Orthodox interpretation) is simply not in line with the universal equality values, which the State of Israel at least allegedly supports. The Halacha does not believe in equality between men and women, for example, and it definitely does not believe in equality between Jews and gentiles. There are different rules for each of these groups, which blatantly discriminate against the group that is perceived as inferior by the Halacha arbiters.

But that doesn’t mean that these rules are always implemented. There are often excuses justifying the failure to implement them in certain historical and political circumstances. The Halacha arbiters can issue a commentary that will halt the essence of problematic religious laws (the Halacha does not believe, for example, in the implementation of rules regarding a rebellious son). They can also argue, as Karim did, that the world has changed, or that a different set of rules (the army’s values and orders) does not allow its implementation.

In any event, the sacred order itself and the sacred tradition it is wrapped in are not canceled. Rather, they are placed on the shelf, and the question of whether to use them halachically or not is put in the hands of the authorized commentators—namely, Rabbi Karim and his colleagues. What will happen when “Israel’s hand will be firm,” then? The time for compromises will pass.

In a secular state, is it appropriate for people whose world view completely contradicts the state’sto be in positions of power on the state’s behalf? The answer is no. Will the High Court petition against Karim’s appointment do any good? I doubt it. It won’t be easy finding a different Orthodox rabbi with a liberal and egalitarian world viewpoint.

The solution, then, is not finding such a rabbi, but keeping rabbis away from the decision-making process on behalf of the state. The problem, in other words, is not the rabbi. The problem is the Rabbinate.