This is NOT a parody - All public statements are pre-authorized by the rabbis at the Agudath Israel. 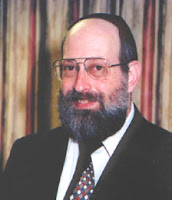 New York - Something tells me I won’t make any new friends (and might even lose some old ones) if I confess to harboring some admiration for Bernard Madoff.

And to make things worse, I can’t muster much for Captain Chesley “Sully” Sullenberger, the pilot who safely landed a full commercial airliner in the Hudson River back in January.

Let me try to explain. Please.

Mr. Madoff committed a serious economic crime on an unprecedented scale for such wrongdoing, and in the process ruined the financial futures of numerous people and institutions, including charitable ones, worldwide. There can be no denying that.

Yet I can’t quite bring myself to join the large, loud chorus of those who have condemned him to – to take Ralph Blumenthal’s judgment in The New York Times Magazine – the Pit, the deepest circle of Dante’s Inferno. Others have devised and publicly proclaimed creative and exquisite tortures of their own for the disgraced businessman – Woody Allen fantasized Madoff being attacked by clients reincarnated as lobsters, and Elie Wiesel wished the investor confined to a solitary cell and forced to watch his victims on a screen bewail their changed fortunes. The fury of the bilked has yielded opprobrium and loathing that isn’t visited on mass murderers.

I think the revulsion may say more about the revolted – and our money-obsessed and vengeance-obsessed society – than it does about Madoff. His crime, after all, was really remarkable only for its longevity and its scope. The Torah teaches that stealing is a sin, but it doesn’t differentiate between misappropriating a million dollars and pilfering a dime. And as to the sheer number of people defrauded by the thief of the moment, well, anyone who cheats on his federal income tax is defrauding 300 million of his fellow citizens. Few though, in such cases, invoke Dante.

What is more, Madoff likely began his crime spree in the hope of rewarding, not swindling, investors, and by the time it became clear he wouldn’t be able to do that, he was already deeply entangled – and daily becoming more entangled – in the web he wove.

None of that, though, is to belittle the great pain Mr. Madoff caused, and is certainly no cause for affording the iniquitous investment broker respect. No, what I admire about him has to do with his owning up to his crime.

Think about it. The man knew for years that his scheme would eventually come apart and that prosecution loomed, yet he took no steps to flee, huge bribe in hand, to some country lacking extradition treaties. Idi Amin, we might recall, died of old age in luxury. Madoff’s millions, moreover, could have easily bought him a new face and identity papers; he could spent his senior years tanned and well-fed among the sunbirds of Miami Beach.

Instead, though, he chose to essentially turn himself in and admit guilt. He apologized to his victims, acknowledging that he had “deeply hurt many, many people,” and adding, “I cannot adequately express how sorry I am for what I have done.”

No one can know if those words reflect the feelings in his heart, but I don’t claim any right to doubt that they do. And facing one’s sins and regretting them is the essence of teshuvah – which we are all enjoined to do for our personal aveiros, however small or large.

No such sublimity of spirit, though, was in evidence in any of the public acts or words of Mr. Sullenberger. He saved 155 lives, no doubt about it, and is certainly owed the hakoras hatov of those he saved, and of their families and friends. And he executed tremendous skill.

But no moral choice was involved in his act. He was on the plane too, after all; his own life depended on undertaking his feat no less than the lives of others. He did what anyone in terrible circumstances would do: try to stay alive. He was fortunate (as were his passengers) that he possessed the talents requisite to the task, but that’s a tribute to his training, and to the One Who instilled such astounding abilities in His creations (and Whose help the captain was not quoted as acknowledging). Basketball players are highly skilled, too – and heroes, in fact, to some. But I have never managed to understand that latter fact.

Sully has reportedly inked a $3 million book deal with HarperCollins, and is also planning a second book of inspirational poems; Bernie, likely for the rest of his life, will languish in jail.

That may make societal sense, but personally, I’m still unmoved by the pilot, and, at least somewhat, inspired by the penitent.
Posted by Paul Mendlowitz at Friday, April 03, 2009 68 comments: