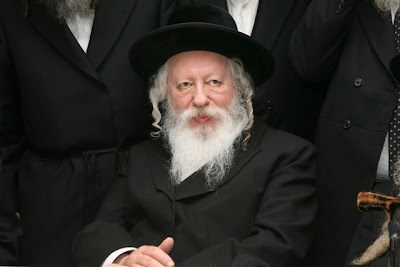 A Portable God for the World’s First Multinational Business

Whatever daughter religions might spin off from old Judaism, the parent religion itself had inevitably to refashion itself for the new era. After the disaster of 135 AD, a number of Jews retreated into asceticism, banning meat and wine altogether, since sacrifice in the temple was no longer possible. Others lost themselves in mysticism, attempting to reach the ‘celestial throne’ via their imagination, the forerunners of the later ‘Kabala’.

But for all their suffering, most Jews were not ready to bastardise their traditional creed by infusing it with the dying godman mythology. The vacuum was filled by ‘Rabbinic Judaism’, the inheritor of the Pharisee tradition.

"The rabbis, a smallish group (perhaps a hundred or so in the whole Roman empire) of religious specialists descended from the Pharisees, gradually enhanced their status and developed a specifically Jewish way of arguing, which marked them off quite dramatically from both Christians and Romans." (Keith Hopkins, A World Full of Gods, p234)

In Palestine itself, where the Jews were now a minority, what remained of traditional Judaism turned inward. No longer could its priests use the ‘temple magic’ once used to summon divine favour, no longer could Judaism be proselytised.

The Rabbis became ‘clericalised’ – obsessed with cultic ‘rules’ as a practical substitute for the lost temple. They peopled the air itself with beneficent and malign spirits. A Jewish ‘code to live by’ - the Mitzvoth (the forerunner of ‘monastic rules’) detailed no fewer than 613 rules, governing every pious moment from waking to sleeping, to keep the Jew on the right side of an all-seeing God.

‘His rising from his bed, his manner of putting on the different articles of dress, the disposition of his fringed tallith, his phylacteries on his head and arms, his ablutions, his meals, even the calls of nature were subjected to scrupulous rules – both reminding him that he was of a peculiar race, and perpetually reducing him to ask the advice of the Wise Men, which alone could set at rest the trembling and scrupulous conscience.’ (Milman, History of the Jews, p165)

Within a few generations Judaism would be codified anew, into a portable (albeit confining) religion which could accompany and – fatally – identify this pseudo-race in their wanderings in the centuries ahead. By the close of the fifth century, the total population of Jews would be half of what it was at the beginning of the ‘Christian era’.(See, Cantor, ibid)

The Jewish people – dispersed but bonded by an exclusive faith, uniquely among ‘peoples’ – established enclaves in every major city from India to Spain, from Arabia to Britain. Capitalising upon this network of ‘safe havens’, and with a filial presence in every major resource, from African ivory to Germanic slaves, the Jews threw themselves into the commerce of the ancient world.

Jewish merchants traversed with impunity the hostile frontiers between Rome and Persia, sailed the sea lanes from the chilly rivers of Germany to the balmy seas off the Horn of Africa. The Jews became dealers in amber and fur, gold and silver, slave-traders and money-lenders.

But they were also dealers in superstition as well as produce:

‘The empire swarmed with Jewish wonder-workers, mathematicians, astrologers, or whatever other name or office they assumed or received from their trembling hearers.’
(MiIlman, History of the Jews, p158)

Levies on their new wealth paid for a programme of synagogue building, and in turn, the synagogues strengthened the bonds of the Jewish communities. Rarely assimilating into their host cultures, convinced they were especially favoured by the deity (and thus strengthened in their faith), the heady mix of piety and mercantilism rewarded the Jews with an unparalleled financial success – and an unequalled and universal opprobrium.