Sex Scandals in Religion & Their Coverups! 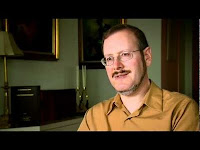 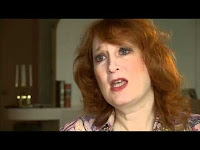 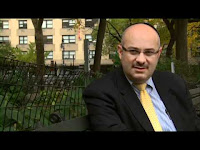 I listened in dismay to R' Shlomo Gottesman's presentation of halachic issues of child abuse. He picked a very narrow perspective in answering the question of whether halacha allows going to the police to report abuse. The presentation involved snippets from the collection of teshuvos found in volume 15 of Yeshurun. He concluded that it was in fact permitted to go to the police but only if a rabbi had established that there was some - deliberately vague - level of evidence called raglayim ledavar and that this was for tikun olam (improvement to society). It was asserted that both these conditions could only be determined by a rabbi. In other words one risked being guilty of mesira (informing) and thus lose olam habah if reporting was done directly without first consulting a rabbi. Thus the focus of his presentation was on preserving rabbinic authority in abuse cases when the rabbi is not capable of dealing with it and the police need to be involved.

He also claimed that requiring a rabbi to decide whether abuse could be reported did not violate mandated reporting laws. . He did not say how this is possible but just asked the audience to trust him that it was possible to reconcile the mandated reporting requirement to report abuse and the requirement to allow a rabbi to decide whether abuse is to be reported. It is astounding that he so glibly stated this since he is a very competent lawyer and presumably knows that this is very problematic and that he is unlikely to find any judge or secular social agency to agree with him. He also claimed that there was no need to utilize the concept of rodef (self-protection) since a rabbi could decide on calling the police by tikun olam alone. That is strange since the concept of rodef is a significant factor even in the teshuvos of the gedolim that he was citing. Why would the gedolim utilize this concept if it wasn't necessary?

So what was really wrong with what he said? The fact is that by entirely focusing on the assertion that permission must first be gotten from a rabbi before contacting the police - he avoided dealing with the complexity of the issue of abuse as it happens in the Orthodox community. He obviously felt this was not of general interest but as he put it, this is what an individual needs to speak privately with a rabbi because each case is different.

Unfortunately he squandered an important opportunity. What he should have done was to ask a different question. Not under what conditions is calling the police mesira - but the real question is what does the Orthodox community need to do to protect the children? He failed to note that there are clearly times when a rabbi does not need to be consulted and that furthermore there are clearly times when a rabbi who says not to report should be ignored. He failed to address the more important issue of whether going to the police without community involvement and with pressure on parents not to file a complaint is really protecting the children. He failed to address the fear of reporting because of shidduchim and the danger that a child will be kicked out of school if he/she is found to have been abused. He failed to note that the Aguda has insisted that the financial well being of its institutions are more important than the welfare of the children. That cover ups to protect reputations of rabbis come before the sanity and safety of our children.

But perhaps his biggest failure was to address the betrayal of the abuse victims by the rabbis and community and the severe psychological and religious damage this betrayal causes. It is commonly observed by those who work with off the derech children that most of these children have been abused.

So yes - there is a legitimate halachic problem of how to deal with mesira - but in reality the issue of abuse is not primarily about how to preserve rabbinic authority - but how to protect our children.
Posted by Paul Mendlowitz at Sunday, May 22, 2011 92 comments: