Stefan Colmer's Bail Hearing This Wednesday - Bail Has Been Reduced To Just $500,000 - To Spring This Animal From Rikers Island! 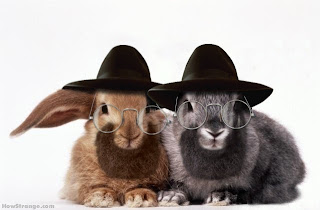 The Colmer hearing is scheduled for this coming Wednesday morning (no time specified) July 16,2008 at the Brooklyn (Kings County) Supreme Court (Criminal Term), 320 Jay Street, Part 11, before Judge Mullen. The docket number is 04314-2007.

Rabbi Lazer Ginzburg of Flatbush (Agudath Israel Synagogue) is involved in raising money for his bail, and there is a good chance that he will be in court (or his representative).

If members of the Jewish community attend, please act respectfully. It would be rather important that our community demonstrate to the D.A., that "we're angry as hell and we won't take it anymore." This hopefully, will set the stage for the D.A.'s conduct, when Mondrowitz is extradited from Israel. Avrohom Mondrowitz is being held in an Israeli jail until he is extradited. The warden - Mickey Achbar - confiscated his shipments of Preparation H; he now sleeps standing up.

Various members of the national and international media will be in attendance. 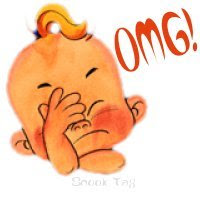 Anyone that contributes to this fund to free Colmer deserves to be locked up together with him and those who enabled him. This is the most perverted distortion of the halacha of pidyon shvuyim. Just like it is a tremendous mitzvah to help free an innocent man, such as Jonathan Pollard, it is a huge aveira to help free a sexual predator like Stefan Colmer. This is a slap in the face of his countless victims, several of which found the courage to go to the police. Is the message we want to send to other child molesters? Do what you want, and if you get turned in, we will set you free and call your victims "shakranim" and "reshaim". This is exactly what is happening. It is Kolko circa 1985 once again, only the players are now Ginsberg and Levin. To them and to all those that aid and abet them by contributing to this criminal fund I say, IT'S OVER! The days of cover ups and pidyon shvuyim for molesters and the perversion of the laws of messira, lashon hara, rechilus are over!

The klal has had enough already! The victims are finding the courage to do the right thing by turning these predators over to the police so that no more innocent children can be harmed. Look at the Yona Weinberg case as one example. All of you that think that you are baalei chessed by contributing to free this beast are baalei chassidim shotim of the worst kind and baalei aveira of the worst kind. You will be exposed and help up to ridicule just like the enablers. If Colmer sees the light of day again, it will be shortlived. The same goes for Mondrowitz and Leizerowitz. The under the carpet sweeping days are over! The reign of terror by the molesters and their enablers is over! We will not turn back the clock to 1985 or 2005 for that matter. Justice will be served and our children will be protected, despite all your perverted efforts.