Seminary in Sanhedria raided and Rabbi Aharon Ramati arrested amid media storm; since 2014, parents have said he is running a 'cult.' 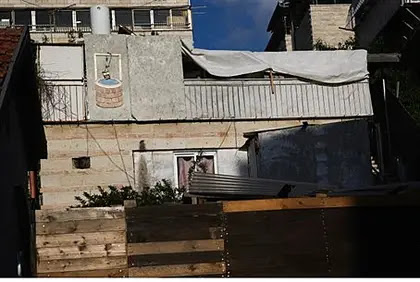 The director of a Sephardic haredi girls' seminary in Jerusalem has been arrested on Sunday, following a string of accusations from concerned parents that he was running a "cult" and using mind control techniques to exert his influence over the girls' private decisions.

Earlier Sunday, the Israel Police raided the Be'er Miriam seminary in Sanhedria following a media storm over the allegations. The raid is being conducted as part of criminal investigation into its director, Rabbi Aharon Ramati, a social worker involved in the case said.

The raid team included investigators from the Jerusalem District Police's fraud unit, its leader, Superintendent Isaac Simon, as well as a team of social workers.

The Gas Authority has determined that the seminary's gas connection is pirated; gas has been shut off for the building and for several nearby buildings for security reasons as the investigation continues.

Fraud investigators seized evidence upon entering the premises and have questioned six of the women involved so far, they said.

In May 2014, Ramati was asked to leave Jerusalem within 30 days after the allegations first surfaced. Ramati never left, however, and there has been little police involvement in the case until now.

Tensions have mounted over the intervening months - so much so that concerned parents staged a protest in April.

Girls involved with the seminary, including one escapee, spoke to Channel 10 earlier this year and revealed that Ramati had allegedly an iron grip on his students, specifically who they married - and even details of their married lives. Parents stated that they had been banned from their daughters' weddings after questioning the rabbi's authority.

The seminary has no connection to the similarly-named Ba'er Miriam Seminary in Har Nof, which is a one-year program for English-speaking students.

http://www.israelnationalnews.com/News/News.aspx/194901#.VUZOyfBinzL
Posted by Paul Mendlowitz at Tuesday, May 05, 2015