“What is the true test of someone’s character? It’s what you do when no one is looking,”


To his family and his fellow congregants, Alexander Davis was the model parent, husband and Jew.

In letters to U.S. District Court Judge Edward G. Smith they described his generosity, his commitment to his wife and children and his devotion to Judaism.

But the letters failed to delve into his “secret life” on the road as a traveling salesman, according to the judge.

“It was as though he had no moral compass and he defaulted always to drugs and sex and alcohol in a fashion that was totally immoral,” Smith said in his federal courtroom in Easton.

Davis was convicted at trial of using the internet and traveling across state lines with the intention of having sex with a 14-year-old in Bethlehem in December 2017. The girl he thought was “Marisa” was actually a federal agent who set up a sting to catch sexual predators. Davis testified he thought Marisa was an adult “role playing” as a teen.

Those who sent letters to the judge couldn’t believe Davis was capable of the crime. Some questioned the jury’s decision based on their knowledge of Davis.

A co-worker, Yehuda Herzig, wrote that Davis would read books on ethics and character in his spare time. He listened to inspirational and educational lectures in the car on their way to sales calls, Herzig wrote.

Davis’ father was a Rabbi, according to his mother, Madelaine Davis. She said her son embraces orthodox Judaism and called him a “devoted and selfless father” to his four children, all of whom are under age seven. Davis is the only person who can calm down his often-troubled son, according to the boy’s preschool teacher, Rachelle Frey.

But none of these people were aware of secrets made public during Davis’ courtroom testimony.

According to the judge, Davis testified he often visited massage parlors to satisfy his sex addiction. He solicited sex on the internet because he eventually found the masseurs “dirty.”

"He wanted someone younger,” according to court testimony.

Smith said Davis admitted he tried alcohol and drugs at age 13, was expelled from school and became addicted to alcohol, drugs, gambling and sex. He kept his debauchery on the road a secret from his wife and family and felt justified in living a double life, Smith said. His complete lack of remorse factored into the sentencing decision, Smith said.

“He demonstrated himself to be perhaps the most self-centered individual to ever testify in my courtroom,” Smith said.

Nine friends and family members came to court to support Davis. His wife came late to court because she needed time to arrange for child care. She is a native of Israel and went from being a stay-at-home mother to being the sole breadwinner and parent following Davis’ incarceration. Davis smiled at her as he left court.

“We are still talking all the time. She made it clear she wants to stick it out for me,” Davis told Smith.
Defense attorney Maranna J. Meehan asked for the judge to limit the sentence to the mandatory minimum of 10 years in prison. Guidelines called for a sentence anywhere between 10 years and one month to 12 years and seven months.

Meehan said Davis is already “humiliated, ashamed and disgraced” and shouldn’t be kept away from his family longer than absolutely necessary.

Smith said Davis only regrets getting caught, not committing the crime.

“You are the center of your own universe in a way you can’t even consider the interests of others,” the judge said.

This was this first-ever criminal conviction for Davis, although he discussed prior attempts to solicit sex from minors as authorities took him to prison after his arrest, according to Assistant U.S. Attorney Josh Davison. Smith said Davis is extremely likely to reoffend. 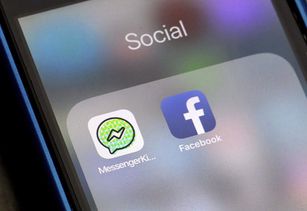 Raphael Gruenebaum said Davis served as cantor and sexton at the synagogue, has devoted hours to Talmudic studies and has always “stepped up to the plate” to fill any role needed at the temple.

“Alexander and all of us beg for your mercy, fairness and understanding so that Alexander can seek true repentance, the necessary professional help needed and be restored to being a righteous and law-abiding citizen of our great American society once again,” his mother told the judge in her letter.

“What is the true test of someone’s character? It’s what you do when no one is looking,” Davison said.