"I heard that some teachers molested children but police or authorities were never called. Instead, the teachers would be moved on to another school and it was hoped people would just forget about it. There are no checks on the teachers for having criminal records or a history of abusing children and I fear that certain types of people might be drawn to the ‘profession’ to exploit children who they know are vulnerable and isolated from authorities, and who they know they won’t be held to account for abusing." 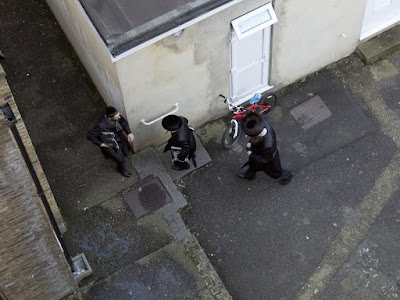 'My childhood was stolen from me': Pupil of illegal Jewish faith school reveals physical abuse

A former student says days were long and punishments hard in an illegal school system ignored by state authorities...

I was a pupil at illegal ultra-Orthodox Jewish schools in Hackney and was left alone and vulnerable in schools, while authorities failed to protect me. Because life inside these schools was all I knew, I didn’t even realise how wrong my experiences were until I left aged 18. Now I can see how my childhood was stolen from me – both by these illegal schools and by authorities who have no grasp on or interest in protecting children like me.

My school was a cabin. The roof was falling in with water and there were two toilets for 300 children. There was no concept of health and safety as our teachers told us, ‘God will protect you’ from anything bad happening. There was no playground, just a large concrete space. We spent break times playing with the wheels of old cars, or would kick around plastic bottles as makeshift footballs.

Other than occasional short breaks, we would spend entire days studying religious texts, normally starting at 6am and finishing at around 10pm or 11pm. Lessons were only in Yiddish and I left aged 18 unable to speak more than a few sentences of English. You sit in one seat all day, being taught pretty much the same thing every day. For young children, it’s very hard. But you have to do it, out of fear.

I was beaten physically by teachers and saw children beaten on a daily basis. We were hit with all sorts of objects. They had sticks which were colour coded for different types of bad behaviour and we would be hit with them; a red stick for one transgression, a yellow stick for another. I saw children really quite badly hurt. One got their knuckle broken. Others were marked with bruises. There is an internal first aid centre in Stamford Hill for Orthodox Jews. Children would be brought there to be tended to quietly so that it wouldn’t come out.

I heard that some teachers molested children but police or authorities were never called. Instead, the teachers would be moved on to another school and it was hoped people would just forget about it. There are no checks on the teachers for having criminal records or a history of abusing children and I fear that certain types of people might be drawn to the ‘profession’ to exploit children who they know are vulnerable and isolated from authorities, and who they know they won’t be held to account for abusing.

Teachers were used by the wider community as contact points for arranged marriages. Parents who were considering making a match with their daughter and a boy would approach a teacher and ask them to give them a reference about what a particular boy was like. Once the parents and teachers agreed on a marriage, the boy would be told and then expected to go through with the wedding when he turned 18. We just saw it as normal.

I finally left the community when I was 18 after being pressured to enter an arranged marriage. When I left, it was so difficult. I could only speak Yiddish and, despite living in London my entire life, I couldn’t really have a conversation in English. I could do little more than ask for directions and ask how much things cost in a shop.

Looking back, I feel my childhood was stolen. Ultimately the blame comes down to the ultra-Orthodox Jewish community who run these schools and send their children to them but I feel a lot of the blame is on the authorities. They are the ones who are the guardians of children and they’ve stolen my childhood, stolen my rights, stolen any chance to have real choice and opportunity in life.

Every day that I was at the school, the council and the Government could have acted but didn’t. I think that sometimes they misleadingly believe that by intervening they will be seen as intimidating minority communities, but they are doing exactly the opposite. They are being discriminatory against Jewish children and anti-Semitic by not intervening. They’re saying that children like me don’t have the same rights as any other child because we come from the Orthodox Jewish community.

I’ve been lucky that I was able to get out of the community and make a new life now. But most of these children are not able to break free of these schools and will never be even aware of how much has been taken from them and how much their lives have been disadvantaged by it, that’s the saddest part.