11 new cases of measles reported in Orthodox enclave, bringing to 17 the number of children infected; 3 caught the virus in Israel where a baby died this week .....

NYC warns about measles outbreak among Orthodox Jews in Brooklyn

11 new cases of measles reported in Orthodox enclave, bringing to 17 the number of children infected; 3 caught the virus in Israel where a baby died this week 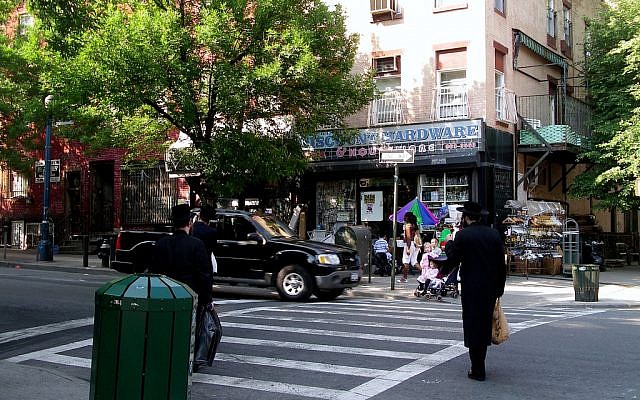 Hasidic Jews in Williamsburg, Brooklyn.
New York City’s Health Department is warning of an outbreak of measles in Brooklyn’s Orthodox Jewish community and calling on parents to have their children vaccinated.

The department said Friday that there are 11 new cases of measles in the Orthodox enclave, bringing to 17 the number of children who have been recently diagnosed with measles in Williamsburg and Borough Park.

Three infections, including the initial case of measles, were acquired by children on a visit to Israel, the department said, where a large outbreak of the disease is occurring.


On Thursday an 18-month-old toddler died of measles in Jerusalem, the first recorded death from measles in Israel in the past 15 years. According to officials at the capital’s Shaare Zedek Hospital, the infant was not vaccinated against the virulently contagious disease.

“There has also been transmission in schools with children who are unvaccinated or incompletely vaccinated,” the New York department said in a release.

Health officials and community groups have reported relatively low vaccination rates in Orthodox neighborhoods. Some blame a faulty perception that fervently religious Jews are protected from infection by the relatively insulated nature of their communities, on top of rumors, unfounded according to public health officials, about dangers from vaccinations.

“It says in the Torah ‘V’nishmartem Meod L’nafshoseichem,’ that a person must guard their health,” Niederman said in the Health Department news release. “It is abundantly clear on the necessity for parents to ensure that their children are vaccinated, especially from Measles.”

The Health Department  is working with local health care providers, religious schools and Orthodox newspapers to spread the word about vaccines.

Posted by Paul Mendlowitz at Sunday, November 04, 2018 No comments: