In a related story, the Gedolim of Agudath Israel declared in their new flick that child rape never happens by the Jews!

Perlow, Kaminetzky and Zwiebel get a new look! 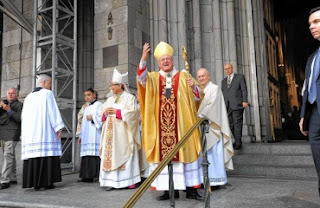 CHICAGO (Reuters) - The number of credible allegations of sexual abuse of minors committed by Roman Catholic priests or deacons in the United States rose 15 percent last year, and the church spent $144 million to deal with the ongoing scandal, according to a church-sponsored audit released on Tuesday.

A total of 489 people reported credible allegations of abuse by priests or deacons in 2011, the bulk of them involving adults victimized when they were children decades ago by now-deceased clerics, the U.S. Conference of Catholic Bishops said in a report on its ninth annual audit of the issue.

Twenty-one of the victims were younger than 19 and victimized more recently. Attorneys for victims say there are likely tens of thousands more victims who have never come forward since the scandal erupted in Boston in 2002.

"We renew our promise to strive to the fullest to end the societal scourge of child sexual abuse," Cardinal Timothy Dolan, president of the conference, said in an introductory letter to the report.

Critics of the church's handling of the sex abuse crisis scoffed at the audit saying it minimized the extent of the abuse and the culpability of the church hierarchy.

The figures for victims and offenders were twice as high earlier in the decade, then dropped off beginning in 2008.

Altogether, U.S. dioceses and religious institutes spent $144 million on abuse settlement-related costs, which included $50 million for settlements, $37 million in attorneys' fees, $6 million on therapy for victims and $10 million on support for offenders. About a quarter of the settlement amount was covered by church insurance policies.

The church spent another $33 million on child protection efforts last year. Nearly all church employees have undergone training on the issue, the bishops' audit said, and a majority of children in parishes have been instructed how identify when they are being "groomed" for abuse and what to do........ 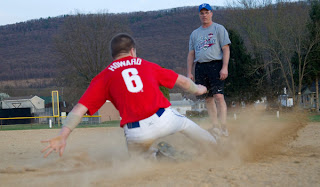 Coaches Face New Scrutiny on Sex Abuse
Since the Penn State scandal came to light in November, lawmakers in more than a dozen states, including New York, California and Pennsylvania, have introduced bills adding coaches, athletic directors or university officials to the list of “mandated reporters” of suspected child abuse or neglect. In the past month, such bills have been signed in Virginia, Washington and West Virginia, with several other states expected to follow suit.
While the bills vary, some would impose significant punishments, including fines, felony charges and potential prison time for coaches or officials who violate the new laws that require the authorities to be notified.

Taken as a whole, the bills are meant to guard against what critics of Penn State said was a lax response by officials there — including the late coach Joe Paterno — that may have allowed Mr. Sandusky to continue his contact with children for years after suspicions of abuse arose.

“What we saw in Penn State was a conspiracy of silence, and that’s what my bill is directly aimed at,” said State Representative Kevin Boyle, a Democrat who introduced a bill in Pennsylvania in mid-November. “I want to stop institutions that keep sex abuse under wraps.....”