"Let’s make one thing clear: I’m not here to negotiate with children's safety. The Rabbis can take a stance and make their opinions publicly known, or they will be forced to change by the advocates." 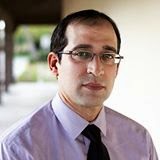 Why do I occasionally take on Rabbis and criticize their actions in the arena of CSA (child sex abuse)?

For those who are familiar with this industry, the answer is obvious. For those that don’t, maybe it isn't so apparent. (I'm excluding those that are familiar, but nevertheless justify Rabbinical action/inaction – a group I'm not addressing, nor do I care for their opinion).
The Orthodox Jewish system that has been set in place for many years is one that requires Rabbinical approval for most things. As one prominent Israeli rabbi preposterously told me:

“I'm a rabbi and therefore the community’s leader. If they have an issue, they must seek my advice and it’s my job to remain totally informed. If they need an operation, they must seek my advice first. If they want to report a crime, they must seek my advice first.” (This post isn’t to discuss whether this system is right or wrong – its simply stating the fact and the attitude).
As a result, for many years and certainly throughout my lifetime, it was expected that any victim of abuse had to be vetted by a rabbi before going to the police. These rabbis almost never had any expertise in this area alone, and therefore, overwhelmingly chose the wrong action. This also resulted in countless cover-ups which led to further victimization.
For the past few years, many advocacy groups popped up, exposing this ugly truth. The result was that some rabbis courageously encouraged victims to go the police and took a stance on the issue. Devastatingly though, most rabbis have remained silent on this issue and many continue to maintain their myopic and misplaced beliefs on this topic. One only need to do a simple google search to read numerous articles about rabbis giving wrong/bad advice, encouraging silence, demonizing the victims, etc.
In our global community, we accept the Rabbi’s role to be one of an authority on our actions, thinking, methodologies, education and community. The Rabbi is the most important and central feature of our group, often dictating permissible and impermissible things. Accordingly, when there is a danger within a community, the Rabbi is central to the overall decision making on the matter.
Understanding this point, is understanding rabbinical criticism.

Silence or inaction on an issue threatening a community is unacceptable.

A Rabbi must take a stand and must have a course of action. Those that lack courage, but have Torah and learning should remain as community teachers, but not leaders. Thus, the very nature of their job and position puts them in the forefront of dealing with issues pertaining to CSA. Silence and inaction are unacceptable.
The problem, as illustrated by the attached article, is that far too often, Rabbis have said that they empathize with the victim, yet their actions revealed the opposite. In the recent Zauder case, many prominent Rabbonim wrote letters of support for an evil man, mostly out of foolishness and a lack of understanding/education on the issue.

This rightfully subjected them to immense criticism and we should all demand their renouncement and apology for that.
There are countless more examples of this type of action. The Crown Heights Bes Din issued a psak two years ago that told victims of CSA that they may go to the police. Despite this being a very commonsense and halachically required approach, only two of the three rabbis signed this edict. The holdout has continuously assisted predators to the detriment of the victims. Furthermore, one of the rabbis that signed the edict is actively working to delegitimize a victim that did go to the police!
So are Rabbis above criticism? Absolutely not. Should they be severely exposed if they take the wrong course and harm society? Absolutely.

Let’s make one thing clear: I’m not here to negotiate with children's safety. The Rabbis can take a stance and make their opinions publicly known, or they will be forced to change by the advocates. There isn’t a middle nice ground here. This is not an arena for pleasantries and niceties…its children’s lives.
If you have a problem with that – please unfriend me and please don’t ever talk to me. I don’t want to be a part of your world.

Taking care of the victims - The Jewish Standard
We are sisters. One of us is a former child abuse and sex crimes prosecutor. One of us is a licensed social worker who has worked clinically with victims of sexual abuse and is also a victim of...
JSTANDARD.COM