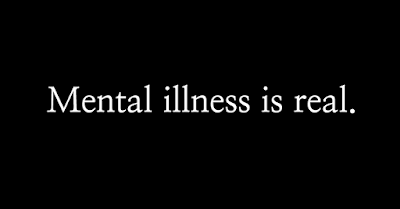 This Torah-based edict, includes your emotional health. Quality of life is important in Judaism, and therefore prohibits doing anything that you know will affect your health negatively.

For example, there are halachic deciders that will tell you smoking is prohibited under this instruction. There are no normal rabbis that if asked "should I begin smoking?" would answer in the affirmative, regardless of the pleasure it would give you.

There have been perhaps millions of words and thousands of essays written on the "beginning" of life and the "end" of life in Judaism. Accordingly, one should interpret this that life is not to be toyed with.

I believe that the Orthodox Jewish community, world-over, has not yet conceded that mental illness is an illness. Even Maimonides, the brilliant doctor, philosopher and codifier of Jewish law, had not paid serious attention to emotional health; rather got it wrong on his claim of inferiority of non-Jews as compared to people of Jewish genetic makeup, one wonders, as a physician, how he would have interpreted pedophilia. (Not being critical just factual)

But we do know in matters of science and medicine, the world is ever-evolving. A very ignorant minority of Jews, within the Berlin Wall of Brooklyn, Lakewood, Jerusalem or Bnei Brak, believe the planet Earth and the universe is literally 5769 years old. Yet, the "holiest of rabbis" around the globe, will refuse to permit you to be buried in certain Jewish cemeteries, because you are deemed an heretic if you did believe that the world is older than the Jewish calendar.

Flat-Earthers are embedded in the rabbinic structure of Charedi Judaism. Mental illness leading to pedophilia, child-rape and other crimes against children are still deemed by this group of peasants as something that "repentance" or teshuva can heal. Therefore -- the rationale still is, why go to the police if teshuva is possible? So this intellectually handicapped group of mental midgets treat pedophilia like traffic court. Tell the judge you will never again press the pedal to the metal and do 90 on the way to the Catskills, and you're off the hook.

The damage done to our community by the rabbis -- never mind the child-rapists -- is beyond description. A child by the time he or she is five years of age, their personality is formed, unless some traumatic set of events transpires, like child-rape or other emotionally devastating events, then this human is damaged permanently with life-altering triggers. Every action for the rest of his life factors in the trauma he experienced as a child.

The damage is not limited to his/her views of sexuality, but the way these persons view EVERYTHING!

Last year The Big-Event concert was cancelled because they thought (the 30 some rabbis that signed the ban) they could get away with it. The list of bozos that signed the ban included child-rape enablers, a sick SOB that approves of sending kids to torture camps for disciplinary action if they Heaven forbid do not follow the Chaim Berlin manual for OCD. When the people rebelled (over a concert for a few hours - they know what's important) the gedolim-rabbi, Shmuel Kaminetzky changed his mind and blamed everybody but himself for getting caught doing something crazy, so this year he "blessed" the performer, the producer and The Event.

They are messing with your heads, because they can!

You - parents - grownups - have an obligation to yourselves and your family to guard yourselves and your community from being emotionally and tragically manipulated. Guard your children from these destroyers of a quality life, a life of healthy behavior and activities within the confines of halacha, not contrived psychosis. They know not or care not about your physical or emotional well-being.

If they did, they would issue a kol-koreh that every teenager must learn a parnassa/trade before they get married. One should never be able to stay in a yeshiva setting if they do not have any means of earning a living whether in the professions, the business world or in the rabbinate, (if they would be qualified) once they bring children into the world. And even then, one needs great siyata d'Shmaya!

The perilous winds of the 1930's are gusting, gathering hurricane strength every day. Ignore them at the great risk of destroying your children, their children, and your family. 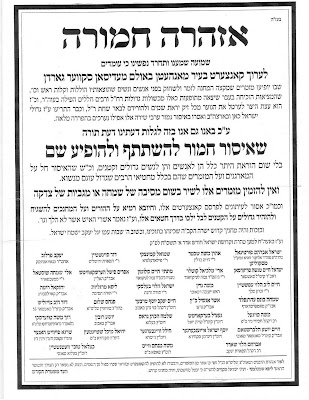