FOR SHAME DOVID GROSSMAN! - Rabbi Grossman, who has never previously been associated with the case, argued to the Judge Ram Winograd that it was a "humiliation" for Ms Leifer to remain in custody and it would be bad for her mental health.... 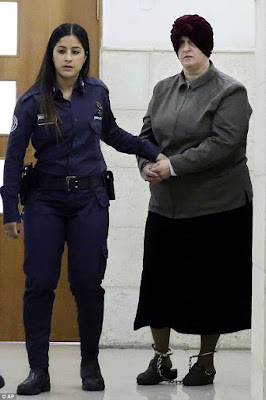 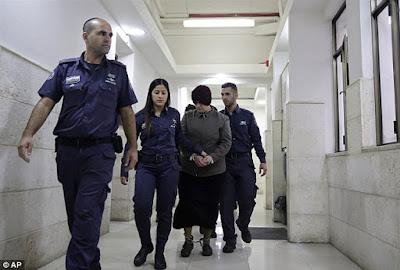 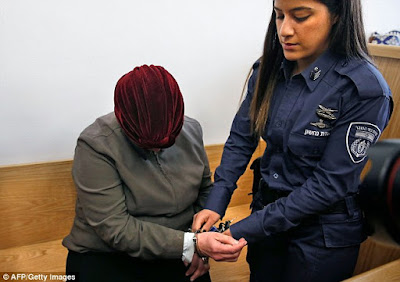 By Middle East correspondent Sophie McNeill
Updated about 5 hours ago

Ms Leifer is wanted by Victorian police on 74 charges of child sexual abuse, including rape.

The former principal of the Addas ultra orthodox girls school in Melbourne has been in custody since February 12 after Israeli police rearrested the 54-year-old, accusing her of faking mental illness for the past three years in order to avoid extradition to Australia.

The court was delayed by nearly an hour to wait for the arrival of senior Rabbi Yitzchak Dovid Grossman.

Rabbi Grossman, who has never previously been associated with the case, argued to the Judge Ram Winograd that it was a "humiliation" for Ms Leifer to remain in custody and it would be bad for her mental health.

He told the court his two assistants would monitor the former principal and that they would "call police immediately" if she left the address of the house arrest.

Rabbi Grossman told the Judge he "knows what jails are like" and he wants to supervise Ms Leifer to "save her life".

The Rabbi is well known for his charity work in Israel and is a recipient of the 2004 Israel Prize, generally regarded as the state's highest cultural honour.

Victims not happy with release

Outside the court, supporters of Ms Leifer's alleged victims yelled questions at Rabbi Grossman, demanding to know why he had chosen to support her case.

"What about her alleged victims?" former Melbourne resident Adam Segal yelled in the hallway at the Rabbi.

Ms Leifer's alleged victims say they are outraged at the court's decisions.

"How dare a rabbi come in and support her and talk about her humiliation? And her mental state?
What about us?" former Addas student Dassi Erlich said.

"Today's ruling is an outrageous travesty of justice. We are utterly appalled.

"An official sign-off on the psychiatrists report was requested three times by the court. The report remains unsigned. What is the reason for this absolute failure of procedure?"

Photo: Dassi Erlich, who says she was abused by Ms Leifer, was outraged by the court's decision. (Facebook: Dassi Erlich)

Ms Erlich said she and her sister have "tried not to be angry with Israel" but they are outraged by how the court allowed the Rabbi to present his opinion.

"This sounded like a third-world courtroom," she told the ABC.

"Why is his voice given precedence over all these other voices?

"Why has this random rabbi has does nothing to do with this case been listened to?

Israeli state attorney Matan Atikva told the ABC he would appeal the ruling to the Israeli Supreme Court.